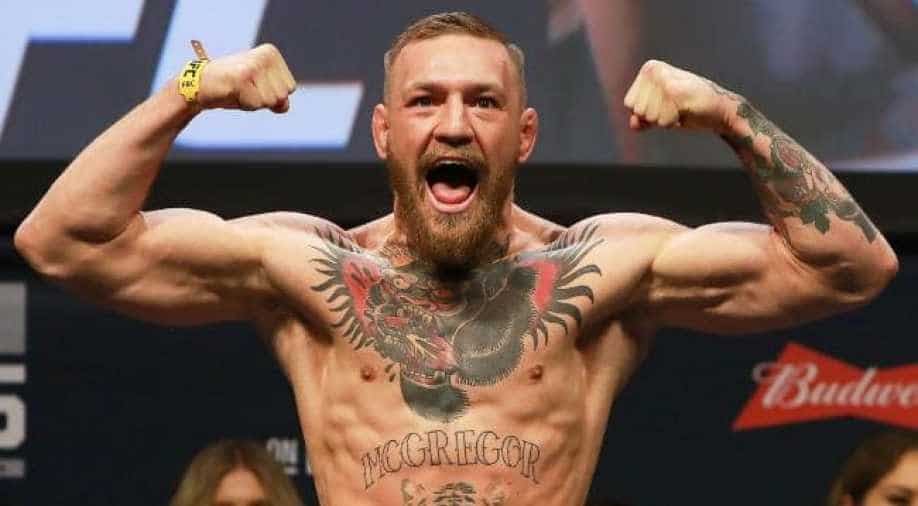 The report, in which the Times cited four unnamed sources, came a day after McGregor wrote on Twitter that he had decided to retire.

Mixed martial arts star Conor McGregor is under investigation in his native Ireland on an accusation of sexual assault, the New York Times reported Tuesday.

The report, in which the Times cited four unnamed sources, came a day after the trash-talking star of the Ultimate Fighting Championship wrote on Twitter that he had decided to retire from his career inside the octagon.

The New York Times noted that McGregor has not been charged with a crime and the fact that an investigation is continuing "does not imply that McGregor is guilty of a crime."

But the newspaper said he had been questioned by law enforcement authorities in January after a woman accused him of sexual assault in December.

A spokesman for Ireland's police service would not confirm to the newspaper that McGregor was a suspect in the alleged assault.

The woman making the accusation said it occurred at the Beacon Hotel, where McGregor has been an occasional guest, according to the Times.

McGregor and the UFC have not commented on the allegations. Karen J. Kessler, a publicist for McGregor based in New Jersey, issued a statement that said the Times report and McGregor's retirement were not related.

"This story has been circulating for some time and it is unclear why it is being reported now," the statement said in part. "The assumption that the Conor retirement announcement today is related to this rumor is absolutely false."

The Dubliner, one of the most bankable stars in UFC, had previously vowed to retire in 2016 in a move that was widely seen as a negotiating gambit.

The 30-year-old has not fought since being well beaten by rival Khabib Nurmagomedov in October of last year.

McGregor was later handed a six-month suspension for his role in a post-fight melee after the Nurmagomedov bout, a ban that would have left him eligible to fight again in early April.

He was arrested in Miami earlier this month after allegedly smashing a phone outside a Florida nightclub.

He was later charged with criminal mischief and strong-armed robbery after police said he had slapped the phone out of a fan's hand and then stomped on it.

McGregor was also arrested last year in New York after police said he attacked a charter bus carrying several rival martial arts fighters. Video footage of the altercation showed McGregor throwing a steel dolly through a window of the bus.