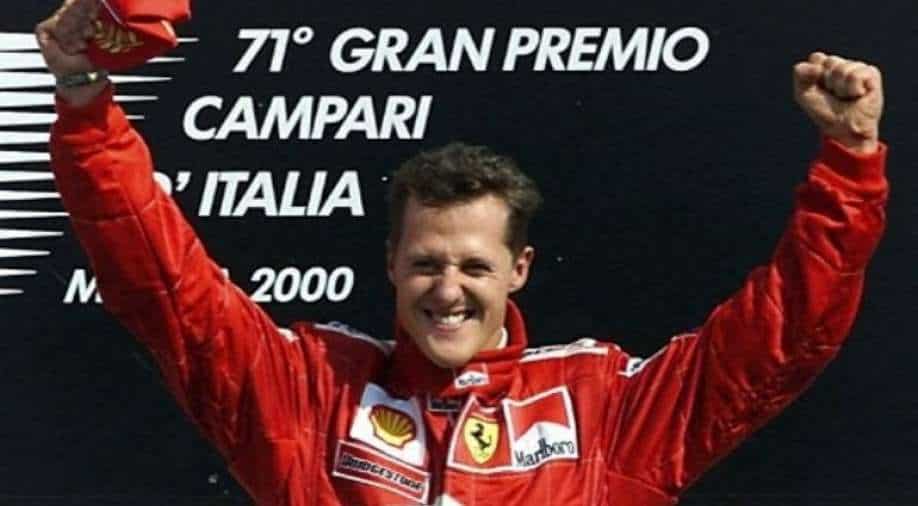 Michael Schumacher jubilates on the podium of the Monza racetrack after winning the Italian Formula One Grand Prix, 10 September 2000. Photograph:( AFP )

Jean Todt revealed that he has been in touch with Michael's family and spent a lot of time with them after the tragic accident.

While speaking to a German newspaper, Todt revealed that he has been in touch with Michael's family and spent a lot of time with them after the tragic accident. 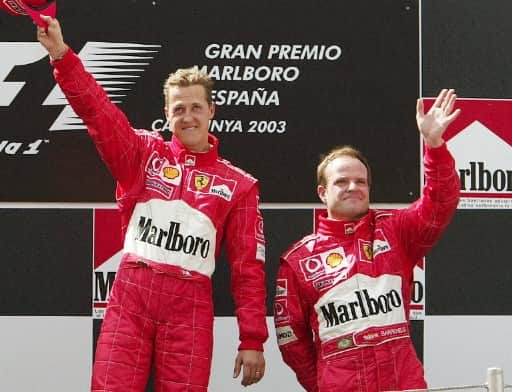 (Image: German Ferrari driver Michael Schumacher (L) and his Brazilian teammate Rubens Barrichello jubilate on the podium of the Montmelo racetrack, 04 May 2003 near Barcelona, after the Catalunya Formula One Grand Prix of Spain. Source: AFP)

Todt, who is Michael's former Ferrari boss, has now said he expects his friend will "slowly and surely improve".

"She is a great woman and runs the family. She hadn't expected that. It happened suddenly and she had no choice. But she does it very well. I trust her, she trusts me," he added.

"Thanks to the work of his doctors and the cooperation of Corinna, who wanted him to survive, he survived - but with consequences," he added.

The 52-year-old Formula 1 racer is recovering, out of the public eye, from the serious head injury he sustained in a skiing accident in the French Alps in December 2013.

Schumacher, who won 91 Grand Prix, had announced retiremnent from Formula One in 2012. 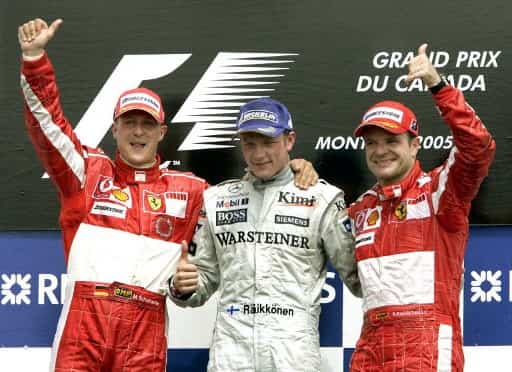 (Image: German driver Michael Schumacher of Team Ferrari (L), Finland's Kimi Raikkonen of Team McLaren (C) Brazilian driver Rubens Barrichello of Team Ferrari give a thumbs up during the podium ceremonies at the Formula One Grand Prix of Canada at the Circuit Gille Villeneuve in Montreal, Canada 12 June 2005. Source: AFP)

Ardent fans are waiting for the much-anticipated Netflix documentary on Schumacher, which will shed light upon his notable career, will show some unseen footage of the racing icon and also features interviews with family members. It will release on September 15.

Mick Schumacher urged fans to watch the upcoming Netflix documentary on his father.

"Well obviously I think that it's going to be a very emotional documentary for many people," the German said.

"It (Netflix) has brought a lot of people into the sport but for a lot of people, when they were growing up, they watched my dad, so it's been very emotional to see it."

"The best thing I could say is for everybody to have a look at it, just watch it and experience it for themselves because I don’t really want to, let's say, spoil too much," he added.