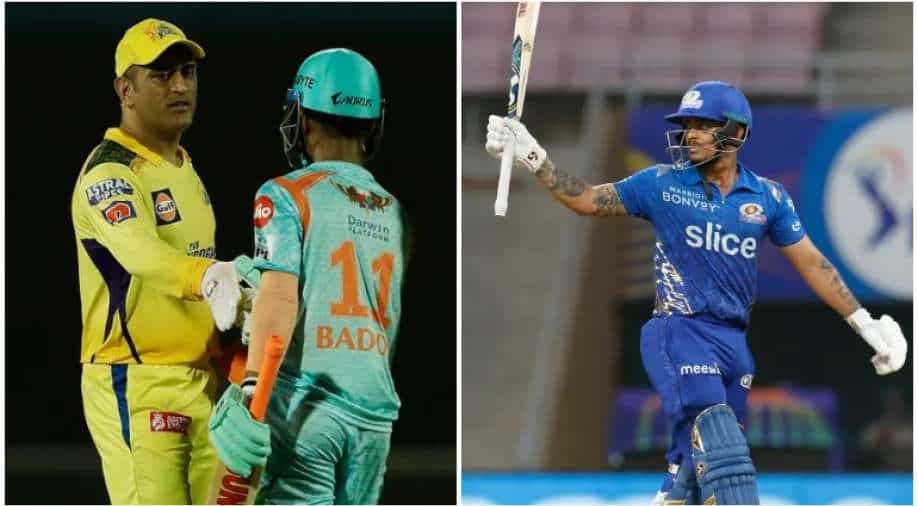 Ishan Kishan is rising in stature with each passing year due to his fearless striking and keeping skills, for both Team India and Mumbai Indians (MI). Like every keeper-batter in India idolises MS Dhoni, Ishan is no exception. However, Ishan and Dhoni have never shared a dressing room for India and even in the IPL.

Nonetheless, Dhoni and Ishan have been in the same XI while representing the Jharkhand team. When Ishan-Dhoni were part of Jharkhand a Vijay Hazare Trophy, the youngster was left clueless and puzzled with his senior pro's hand-gestures on the field. Ishan revealed the hilarious incident during the second episode of Breakfast With Champions Season 7 with host Gaurav Kapur.

Kishan revealed, "When I joined the Vijay Hazare team, I was in Dhoni bhai’s side. And I was fielding at third man. Suddenly, the strike changed and Dhoni bhai was like (imitating Dhoni’s hand gestures)."

“I was like ‘yeh kya ho gaya?’ (What just happened right now?). I had no idea where I had to move. I then asked the slip fielder, ‘Brother, can you ask him where should I go? Even then, Dhoni was like (imitating Dhoni’s hand gestures again). I was like ‘kidhar jau bhai main?’ (Where should I go)," the MI opener added.

At present, both Dhoni and Ishan are involved in the IPL 2022 edition. While Dhoni has stepped down as the Chennai Super Kings (CSK) captain, Ishan is leading the charge for MI with two successive half-centuries in the five-time champions' opening two games. So far, both CSK and MI are winless in the 15th season.