Medvedev says 'I was an idiot' and working to be better 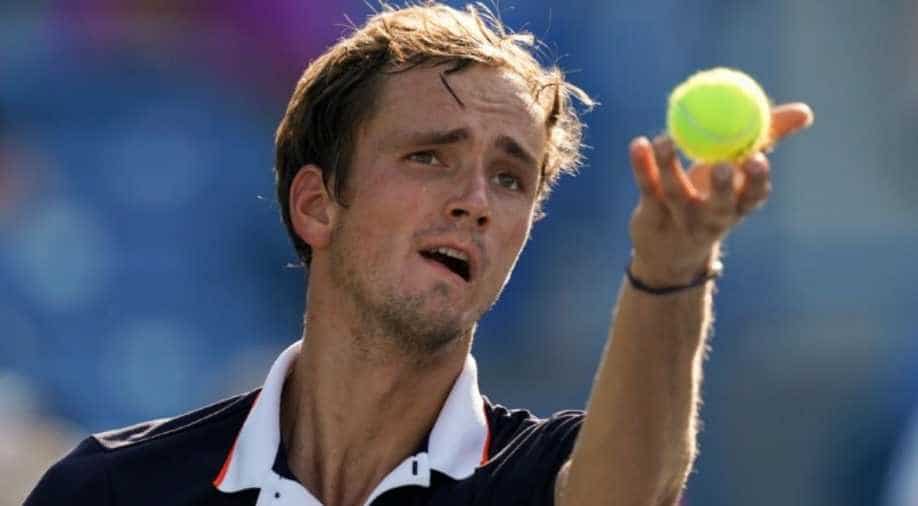 'I need to be a better person on the court,' said Medvedev, who was fined after each of his first three matches at Flushing Meadows

Daniil Medvedev tried to make peace Sunday with US Open fans who have booed him for two matches after using their energy to help him reach his first Grand Slam quarter-final.

"I need to be a better person on the court," said Medvedev, who was fined after each of his first three matches at Flushing Meadows.

Medvedev was fined $9,000 for an obscene gesture and unsportsmanlike conduct in a third-round victory Friday. After his middle-finger gesture was shown on video screens, fans booed him unmercifully.

"Talking about last match, I was an idiot, to be honest," Medvedev said Sunday. "I did some things that I'm not proud of and that I'm working on to be a better person on the court because I do think I'm a good person out of the court."

There was a bit more kindness Sunday from the crowd in the form of mostly hearty cheers for Koepfer, but when Medvedev had won and boos followed, Medvedev encouraged more and said jeers helped energize him.

"Guys continue to give me this energy. You are the best."

Medvedev says he is still working on being his best but learned some lessons after reading social media comments about himself after Friday's match.

"I do like to read comments about me, to learn what people think about me, where should I be better or what should I keep?" Medvedev said.

"To be honest with you, especially after the last match, I learned a lot to myself. As I say, I need to be a better person on the court than I was the last match."

He said he enjoyed the give and take with the New York crowd Sunday.

"During my match, I was completely focused. After the match, I engaged a little bit with the crowd," he said.

"But we all know how New York crowd can be. It's probably the most electric crowd in the world. Especially this week, playing this week on big courts, I could feel it.

"They reacted less than the last match. I was a little bit surprised, because as I say, it was not against them. It was something with myself.

"Today I was just engaging with the crowd and hopefully it was fun for them and for me. As I said, it gave me a lot of energy to win."

Medvedev, a winner at Cincinnati and runner-up at Montreal and Washington in hardcourt tuneup events, had enough energy for a happy dance after the victory.

"I was just so happy about my win that I just decided to do something special," Medvedev said. "Some people think it was against the crowd. It was not at all. It was just showing how happy I was to be in the quarters."