Mayank or Gill: Gavaskar shares his pick, suggests who should open with Rohit Sharma in 2nd Test vs SL 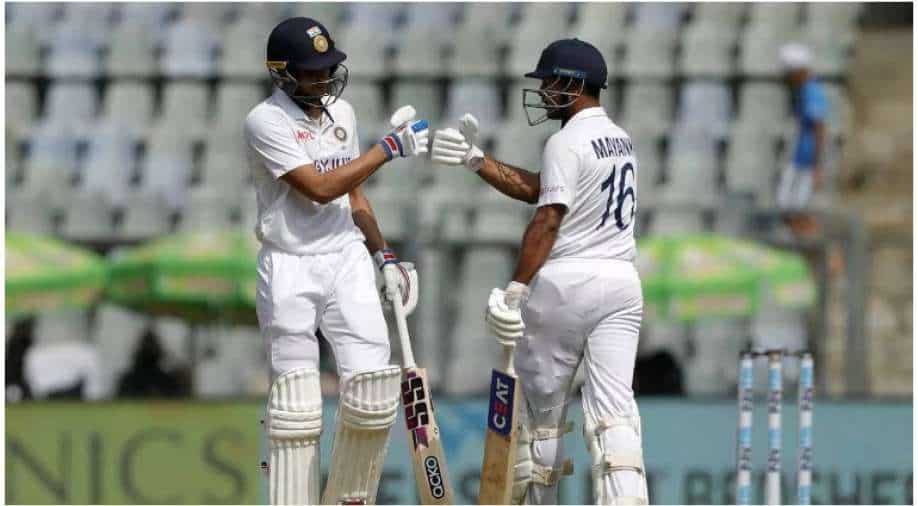 Mayank or Gill: Gavaskar suggests who should open with Rohit in 2nd Test vs SL Photograph:( AFP )

Ahead of the second and final Test between India and Sri Lanka, Sunil Gavaskar suggested who among Mayank Agarwal or Shubman Gill should open with Rohit Sharma.

Rohit Sharma-led Team India had a flawless run in the two-match Test series opener versus Dimuth Karunaratne-led Sri Lanka in Mohali. Everything clicked for the home side right from the word go. Rohit won the toss in his debut Test as captain as India opted to bat first at the PCA IS Bindra Stadium, Mohali.

Riding on Ravindra Jadeja's 175 not out and fifties from Hanuma Vihari, Rishabh Pant and R Ashwin, India declared at 574-8 and dismissed the Lankans for 174 and 178 to win the opening Test by an innings and 222 runs. Ahead of the second and final Test, India is expected to play the same winning combination. However, there might be a debate for one spot, i.e. the second-opening slot. Mayank Agarwal managed only 33 in the first innings and he might be replaced by Shubman Gill, who has also done well in his limited opportunities in whites.

In this regard, Little Master Sunil Gavaskar named his pick and suggested who should partner Rohit at the top in the series decider.

"He (Gill) hasn't played any form of cricket in the last two months. He did not even play Ranji Trophy so if you have to play for India, you need some or the other type of practice. Of course, he has the talent, there is no doubt about it. But in the end, it is also about form," Gavaskar said on Sports Tak.

"And if you see carefully, Mayank Agarwal always scores big in India's home series. He bats like a boss in India but doesn't score runs overseas. In home series, he has at least one big hundred or a double century. So, he should definitely open. And at No. 3 there is Hanuma Vihari. What has he done wrong? In South Africa, in the one opportunity he got, he steadied the tail and batted defiantly, adding runs in India's second innings. So he should get opportunities," the ex-India opener opined.

"As for Shreyas Iyer, the kind of form he showed in the white-ball series (against Sri Lanka), and the way he started off his Test career in December against New Zealand, I think this should be our top five," Gavaskar further added.

The second and final Test is a day-night affair, the third pink-ball encounter in India. If India win the Test, they will not only inflict a series whitewash over the Islanders but also continue their winning run, across formats, under Rohit since late 2021.