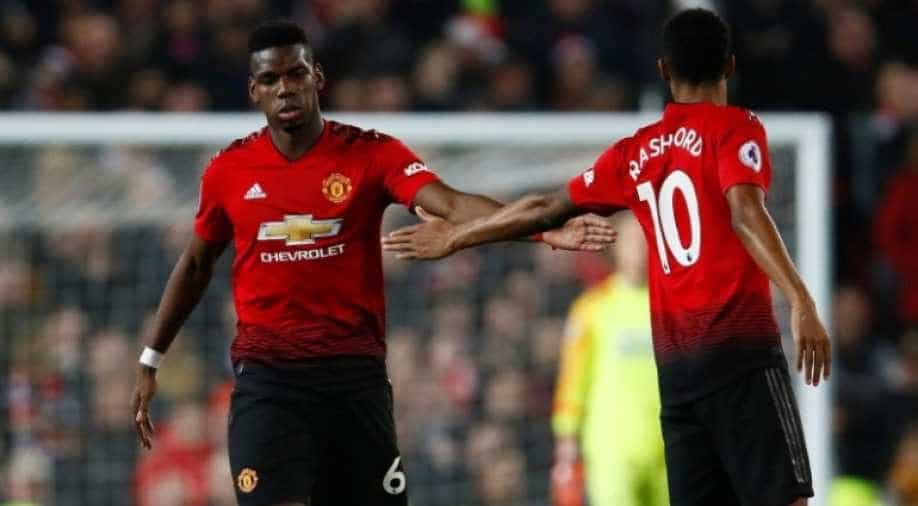 Paul Pogba scored two superb goals in the second half after Nemanja Matic fired United ahead in the 28th minute to continue United's revival under their former striker Solskjaer, who hit the ground running in Saturday's 5-1 win at Cardiff City.

Ole Gunnar Solskjaer continued his dream start as Manchester United caretaker manager with a 3-1 Premier League win over Huddersfield on his Old Trafford debut in the dugout on Wednesday.

Paul Pogba scored two superb goals in the second half after Nemanja Matic fired United ahead in the 28th minute to continue United's revival under their former striker Solskjaer, who hit the ground running in Saturday's 5-1 win at Cardiff City.

Solskjaer, who won six Premier League titles and the 1999 Champions League with United, when he scored a famous stoppage-time winner against Bayern Munich in the final, praised the fans and said he was still finding his feet as United's manager.

"I’ve not got used to it yet," the 45-year old Norwegian told the BBC.

"It’s humbling knowing I’m leading this team out. Let’s see if I get used to it. I captained a couple of games but this was very different.

"They are the best fans in the world. I had such a great relationship with them. It was probably more emotional for my family in my box as I was focused on the game.

The result left United sixth on 32 points from 19 games halfway through their campaign while Huddersfield stayed rooted to the bottom with 10 points after suffering their sixth successive league defeat.

Serbian enforcer Matic swept in a rebound from two metres after visiting keeper Jonas Lossl parried a glancing Victor Lindelof header from a corner to fire United ahead after the home side had suffered an early scare.

Defender Terence Kongolo blazed his 10th-minute shot over the bar for Huddersfield but United never looked back after taking the lead and their incessant pressure produced two sublime Pogba strikes after the break.

United goalkeeper David De Gea denied striker Laurent Depoitre with an excellent save shortly after the break before Pogba made it 2-0 with a fierce low drive from 13 metres to cap a flowing 64th-minute move.

The France World Cup winner, who often flattered to deceive under former manager Jose Mourinho, again showed his class in the 78th when he beat Lossl with a rasping shot from 25 metres which gave the Danish keeper no chance.

Huddersfield, who showed some promising intent in the second half, earned a late consolation as defender Mathias Jorgensen stabbed the ball home from close range but his effort could not dampen a festive mood among the roaring home crowd.

Matic pointed out there was an instant change of atmosphere after Solskjaer replaced Mourinho following United's 3-1 defeat at bitter rivals Liverpool.

"After Cardiff, we gained more confidence," he said. "It was important to win at our stadium, to bring a smile on the face of our supporters.

"It's a completely different atmosphere when you win games. This club doesn't accept drawing or losing a game. This is the way we have to try to win the next one."