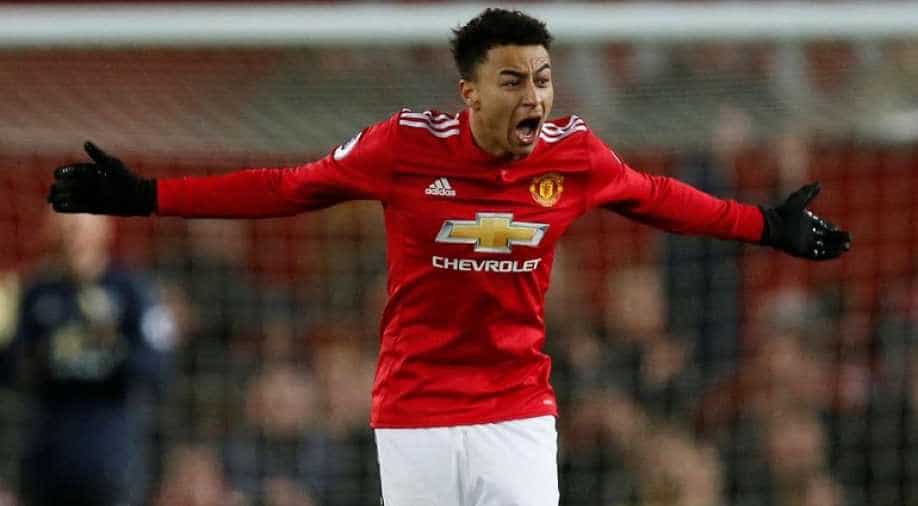 The visitors enjoyed the better of the first period but failed to build on Willian`s 32nd minute opener. Photograph:( Zee News Network )

Romelu Lukaku broke his barren run against top six Premier League opposition and provided the winner for Jesse Lingard as Manchester United came from behind to beat Chelsea 2-1 at Old Trafford.

Victory against his former club was particularly sweet for Jose Mourinho as he got one over on Chelsea boss Antonio Conte, but more importantly moves United back above Liverpool into second place in the Premier League.

The visitors enjoyed the better of the first period but failed to build on Willian`s 32nd minute opener.

Lukaku levelled seven minutes later from close range and then crossed for substitute Lingard to head home as a ruthless United took full advantage of their limited chances.

The spectre of another fiery clash between Mourinho and Conte, who have publicly bickered in recent months, hogged the headlines before kick-off, but there was a peace offering when the pair shook hands before the action got underway.

Mourinho recalled Paul Pogba to his starting XI after dropping the £89 million (100 million euros, $124 million) midfielder for Wednesday`s stalemate at Sevilla in the Champions League.

But it was one of Conte`s two changes from his side`s 1-1 draw with Barcelona in midweek who nearly made an immediate impact.

Alvaro Morata started for the first time in six weeks, but saw his side-footed volley from Marcos Alonso`s driven cross come back off the bar just four minutes in.

Chelsea dominated possession in the opening quarter, but much like they did to Barcelona on Tuesday with limited time on the ball, United restricted them to few other clear-cut chances.

United had offered little going forward themselves until Anthony Martial`s low cross picked out Alexis Sanchez inside the area.

However, the Chilean is still waiting for his first big moment since joining United last month as he poked the ball tamely into the arms of Thibaut Courtois.Moments later, the hosts were caught by a blistering Chelsea counter-attack to open the scoring.

Willian picked up the ball just outside his own area and drove through the United midfield before exchanging passes with Eden Hazard.

The Brazilian then unleashed a shot too powerful even for David de Gea to register his fourth goal in three games.

The lead lasted just seven minutes, though, as for the first time in a United shirt, Lukaku netted against one of their top six rivals -- at the seventh time of asking.

Sanchez fed Martial and his clever reverse pass was slotted home by Lukaku to muted celebrations against his former club.

Lukaku nearly had a spectacular second 22 minutes from time when he caught a Sanchez cross flush with an acrobatic volley, only to be denied by a finger tip save from Courtois.

However, the Belgian did make a decisive contribution when he dropped deep and his in-swinging cross was met by a perfectly timed run by Lingard.

Conte had surprisingly removed Hazard just before conceding and that decision looked all the more puzzling as Chelsea searched in vain for an equaliser.

Willian saw another effort smothered by De Gea at the second attempt at his near post as United held out for just a second win over Chelsea in 15 meetings.