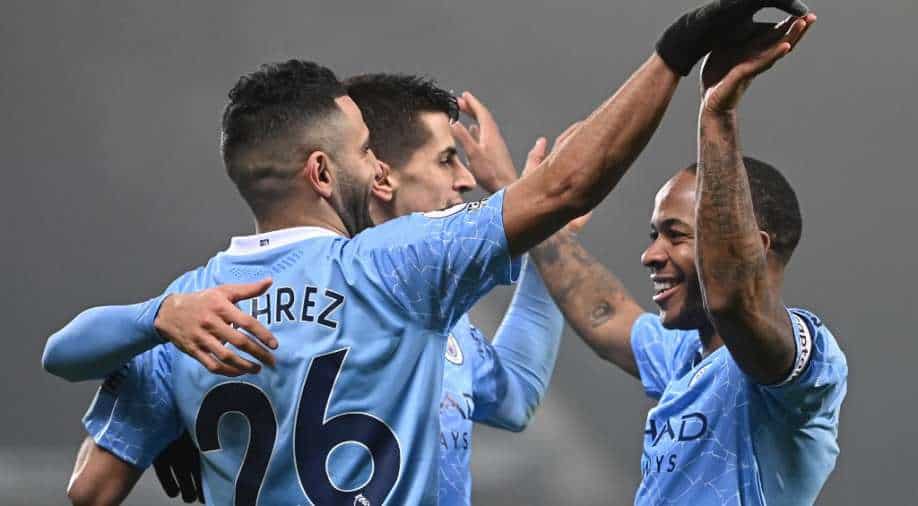 The victory run is a record for a top-flight team, surpassing the 14 successive wins achieved by Preston in 1892 and Arsenal in 1987.

Manchester City secured a record 15th straight victory in all competitions with a 3-1 win at Championship side Swansea City in the FA Cup fifth round on Wednesday.

The victory run is a record for a top-flight team, surpassing the 14 successive wins achieved by Preston in 1892 and Arsenal in 1987.

City, who made seven changes from the team who won 4-1 at champions Liverpool on Sunday, took the lead in the 30th minute with a low cross-shot from Kyle Walker which sneaked in at the far post.

Pep Guardiola's side doubled the advantage two minutes after halftime when Raheem Sterling was left free on the left and converted confidently.

Brazilian Gabriel Jesus made it three with wonderful control and a shot on the turn after collecting a header across the area from Bernardo Silva.

Morgan Whittaker pulled a goal back for the Welsh side in the 77th minute but the only real downside for City was an injury to midfielder Rodri.

The last game City failed to win was against West Bromwich Albion at the Etihad Stadium on Dec. 15 and Wednesday's victory was Guardiola's 200th in 268 games in charge of the club.

"We came to win that was the most important thing. We cannot deny how pleased and how proud we are to break this record from a long time ago. Records are there to be broken. It is not easy in the modern era to do 15 games in a row. We are happy for our club," the Spaniard said.