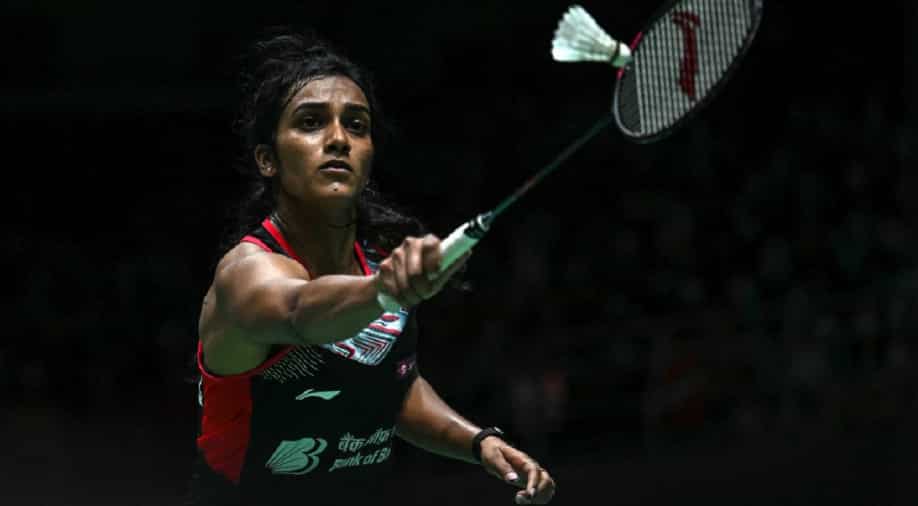 PV Sindhu defeated He Bing Jiao to move to the second round. Photograph:( AFP )

Two-time Olympic medallist PV Sindhu had to toil hard before emerging victorious in the opening round of the Malaysia Masters while compatriot Saina Nehwal made a second consecutive first-round exit here on Wednesday. The seventh-seeded Sindhu took close to an hour to knock out China's He Bing Jiao 21-13 17-21 21-15 and move to the second round.

With this win, world number seven Sindhu exacted revenge for her first-round exit from the Indonesia Open Super 1000 last month, when Bing Jiao had defeated her in straight games. The Chinese still leads the head-to-head 10-9.

London Olympics bronze medallist Saina, on the other hand, squandered a one-game lead to go down 21-16 17-21 14-21 to Kim Ga Eun of South Korea. The world number 24 Indian had also made a first-round exit from the Malaysia Open Super 750 tournament last week.

Also Read: Rafael Nadal vs Taylor Fritz live streaming: When and where to watch Wimbledon QF tie in India?

In the men's singles, B Sai Praneeth and Parupalli Kashyap moved to the second round with contrasting wins. While Praneeth hardly broke a sweat against Kevin Cordon, registering an easy 21-8 21-9 win over the Guatemalan in less than half an hour, Kashyap came back from a one-game deficit to dispatch local favourite Tommy Sugiarto 16-21 21-16 21-16. Praneeth will take on Li Shi Feng in the pre-quarterfinals.

However, it was the end of the road for Sameer Verma, who went down fighting to fourth seed Chinese Taipei shuttler Chou Tien Chen 21-10 12-21 14-21. Later in the day, HS Prannoy and the women's doubles pair of N Sikki Reddy and Ashwini Ponnappa will be in action.