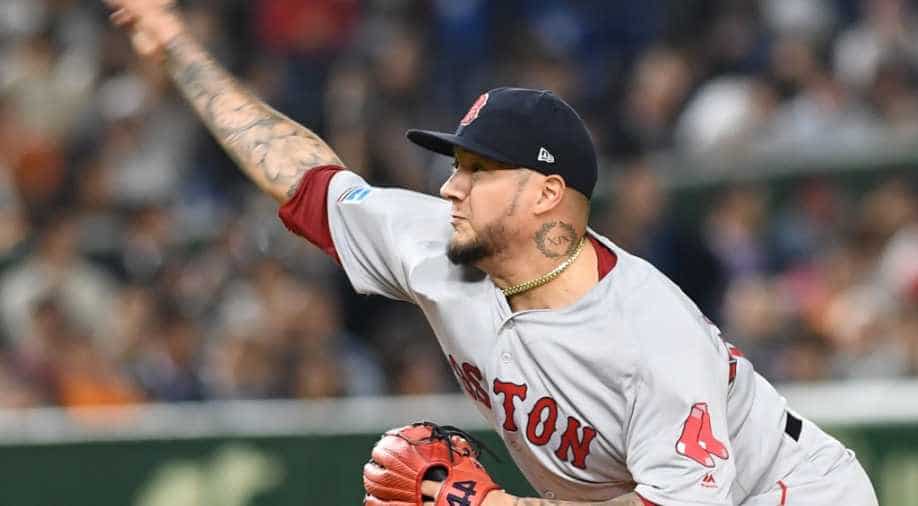 MLB and the MLBPA had been at loggerheads over how to salvage a season that should have begun on March 26.

The 2020 Major League Baseball season is set to start in July, commissioner Rob Manfred said Tuesday, after players signed off on health protocols and agreed to report to training.

Also read: 'Bubba Wallace was not the target of a hate crime as per FBI investigation': NASCAR

The announcement that the season will begin July 23 or 24 comes after weeks of wrangling between owners and players over a framework for a season shortened by the coronavirus pandemic.

"Major League Baseball is thrilled to announce that the 2020 season is on the horizon," Manfred said in a statement.

"We have provided the Players Association with a schedule to play 60 games and are excited to provide our great fans with baseball again soon."

Manfred's comments came after the Major League Baseball Players Association said its members would report to training camps on July 1.

"All remaining issues have been resolved and players are reporting to training camps," the union said.

MLB and the MLBPA had been at loggerheads over how to salvage a season that should have begun on March 26.

The league proposed a succession of deals that would have seen the players receive only a percentage of their salaries, prorated by number of games played.

Players pushed back against the league proposals, noting that they had already agreed to a pay cut in March and should not be required to accept a further reduction in salary.

The MLBPA had wanted a longer regular season, but when the union rejected the most recent MLB proposal owners voted on Monday to impose a 60-game schedule -- which would still be contingent on reaching agreement with players on health and safety protocols.

MLB said in a statement posted on MLB.com that the players had accepted the protocols.

When the season gets underway teams will play in their home ballparks without fans, baseball opting against the kind of "bubble" environment that will see the NBA return to action with all teams playing at a single location at a sports complex at Disney World in Florida.

To decrease travel, each team will play the majority of its games against its four division rivals, and remaining games against the clubs in the corresponding geographical division in the other league.

Under format, players will receive the full prorated share of their salaries.

Multiple media outlets reported that as usual 10 teams will qualify for the playoffs.