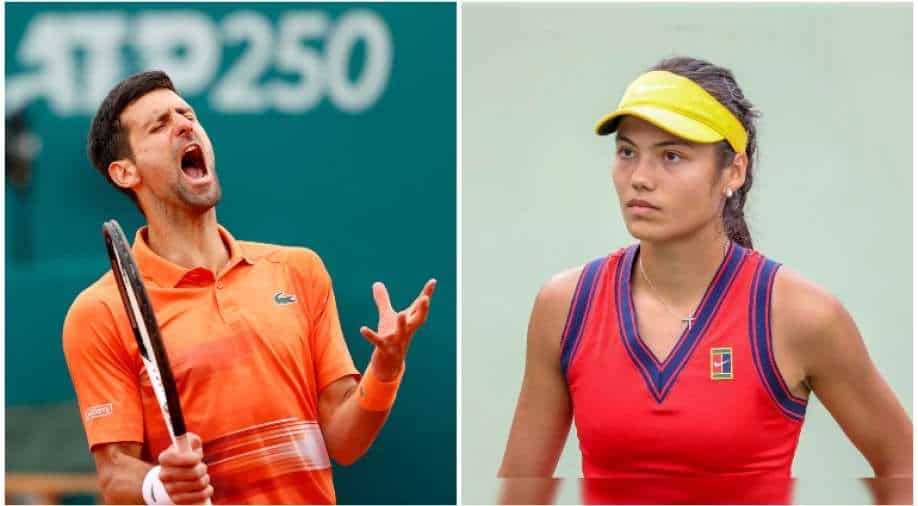 The result ensures Novak Djokovic remains at the top of the rankings while it earned Monfils the ignominy of having the worst record against a single opponent without winning in the Open era.

World number one Novak Djokovic began his quest for a fourth Madrid Open title with a 6-3 6-2 victory over Gael Monfils on Tuesday, improving his unbeaten record to 18-0 against the Frenchman. The result ensures Djokovic remains at the top of the rankings while it earned Monfils the ignominy of having the worst record against a single opponent without winning in the Open era.

"I would probably rate it as the best performance of the year," Djokovic told reporters. "I felt very good on the court. (The rain) interruption probably helped me a bit more than him. "I played one of the most athletic and quickest players that we have in the game, Gael... I know I have to always be ready that another ball will always come back from his part of the court.

"You have to constantly try to have a controlled aggression and dictate the point." Djokovic first played Monfils at the U.S. Open in 2005 but Tuesday`s match was only their second encounter on clay and he needed only one break point to clinch the first set.

Although Monfils fired more winners, he made things easier for the Serbian with several unforced errors as he attempted risky shots that did not pay off. Monfils did entertain the crowd with a few shots worthy of the highlights reel, including a `tweener` that had even Djokovic applauding along with the fans.

But the top seed was well in control of proceedings, breaking twice in the second set before serving for the match to advance to the third round where he will meet Andy Murray. Murray claimed his second clay victory in five years with a 6-1 3-6 6-2 win over Canada`s Denis Shapovalov, who fought back in the second set to force a decider but was crushed once again by the Scot in the third set.

Earlier, Andrey Rublev, who won the Serbia Open last month after beating Djokovic in the final, survived an early scare when he fought back from a set down to edge Britain`s 20-year-old Jack Draper 2-6 6-4 7-5.
Rublev found himself 3-0 down in the decider but Draper suffered from cramps which allowed the Russian to rally and win the contest to move into the last-16. Seventh seed Carlos Alcaraz also had to fight back from two games down in the first set to overpower Nikoloz Basilashvili and deny the Georgian the chance to force a decider with a 6-3 7-5 win. The rising tennis star made the top-10 for the first time last week after winning the Barcelona Open earlier in April, the fourth title of his young career.

KALININA`S DREAM RUN CONTINUES
Ukrainian Anhelina Kalinina, who beat Sloane Stephens and Garbine Muguruza in the earlier rounds, knocked out a third Grand Slam champion in ninth seed Emma Raducanu to move into the quarter-finals with a 6-2 2-6 6-4 victory. Raducanu was broken to love in the opening game of the match and she quickly found herself 3-1 down as Kalinina fired forehand and backhand winners past the Briton, who struggled to find answers to her power from the baseline.

A second break to go up 5-2 gave Kalinina the chance to serve for the set and she sealed it without facing a single break point before Raducanu requested a medical timeout. The reigning U.S. Open champion had been clutching her back between points but she returned reinvigorated and seemingly pain-free to break three times in the second set to force a decider as Kalinina lost her momentum and made several errors.
Both players were neck-and-neck in the final set as they stepped up their game but the Ukrainian made the crucial break at 4-4 to serve for the match, sealing victory when Raducanu`s volley went wide on her second match point.

"I was luckier on the deciding points," said Kalinina, ranked 37 in the world. "You see the draw and it`s only been Grand Slam champions. But I`m getting a lot of experience from this."