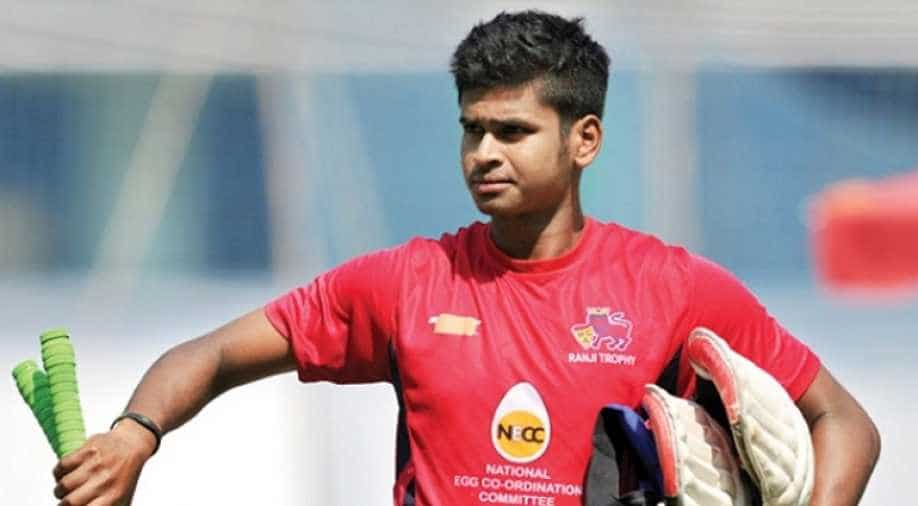 The 24-year-old Shreyas Iyer earned praises for his terrific feat in India's domestic T20 cricket league, Syed Mushtaq Ali Trophy. He hit a massive 147 off just 55 balls to help his side Mumbai defeat Sikkim by a whopping 154 runs in their Group C opening match of the league.

Iyer was at his brutal best as he spared no Sikkim bowlers and raced to his 100 in just 38 balls. Apart from his stunning century, he also broke several records, which are listed below:

Highest T20 score by an Indian

The young batsman, who last played for the team India in One-Day International match against South Africa on February 16, 2018, hit a blazing 147 off just 55 balls.

It is also the 12th highest score by a batsman in the T20 cricket history.

Windies batsman Chris Gayle's unbeaten 175 off 66 is the highest score in T20 format that he scored in Indian Premier League for Bangalore team on April 23, 2013.

In the match against Sikkim, Shreyas Iyer surpassed Indian wicketkeeper-batsman Rishabh Pant, who had scored an unbeaten 128 for Delhi in the IPL.

Most sixes by an Indian

The match was Iyer show all the way as he inspired Mumbai to post a mammoth 258/4 in their 20 overs.

In his 147-run knock, Iyer smashed 15 sixes and made the record of hitting most sixes by an Indian in a T20 match.

Earlier the record belonged to Pant, who had hit 12 sixes while playing for Delhi against Himachal Pradesh in a domestic match in 2018.

Opting to bat, Mumbai lost their openers - skipper Ajinkya Rahane (11) and Prithvi Shaw (10) - cheaply and were reduced to 2-22.

But then one-down Iyer and experienced Surya Kumar Yadav joined forces as they hammered the opposition bowlers and stitched a 213-run stand for the third wicket.

The 213-run stand was the highest ever third-wicket partnership in a T20 game.

Iyer will be seen playing for the revamped Delhi Capitals side in the Indian Premier League 2019, starting from 23rd March onwards.