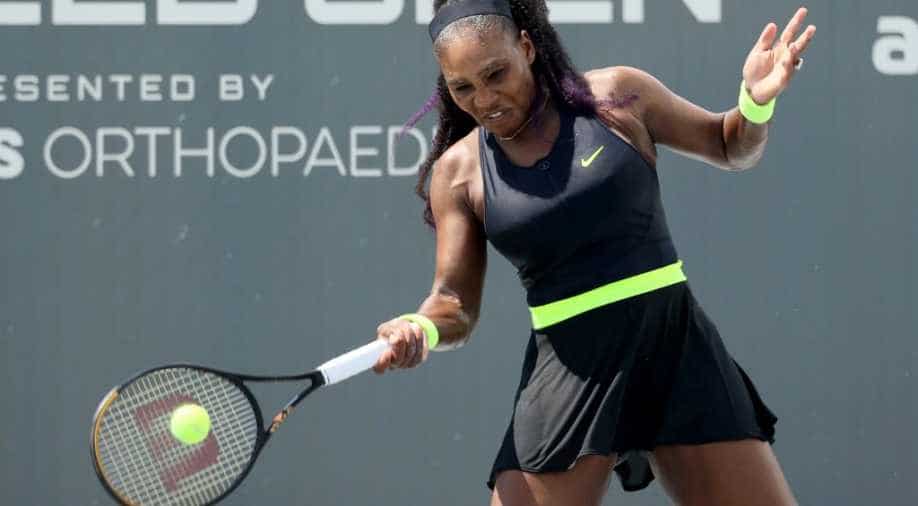 Serena battles into US Open quarters as Thiem, Medvedev march on Photograph:( AFP )

Serena Williams on Tuesday returned to the tennis court after a six-month COVID-19 break to make a winning return by defeating Bernarda Pera in straight sets at the WTA Top Seed tournament in Kentucky.

Serena Williams on Tuesday returned to the tennis court after a six-month COVID-19 break to make a winning return by defeating Bernarda Pera in straight sets at the WTA Top Seed tournament in Kentucky.

WTA Top Seed Open, which is being played behind closed doors, witnessed the return of legendary Serena, who had not played a competitive game since the Fed Cup appearance in February. She came from behind to defeat American world no. 60 Pera 4-6, 6-4, 6-1 in two hours and 15 minutes at the Top Seed Tennis Club in Lexington.

Serena, after winning the match, revealed that the empty surroundings had suited her game while adding she didn’t mind it at all.

"It was a really calm atmosphere, it was really chill," Williams said.

"I can't say I disliked it. I didn't mind it at all. I've been through so many things in my career and this was totally different. I think I won today because I was calm for once in my career.

"Kind of reminds me of junior days. Something nostalgic about that. I kind of enjoyed it."

The 23-time Grand Slam singles champion was on the verge of an early exit in the second set, but came back strong after going 0-40 down at 4-4 before winning the set.

"I just knew I could do better," Williams said. "It was an interesting game. I just had to get used to her game a little bit. She played really well."

Serena will next play the winner of sister Venus Williams vs Victoria Azarenka, who lock horns later on Tuesday.

This week’s WTA tournament is the first tennis event to be staged in the United States since the COVID-19 pandemic shutdown the sport earlier this year.