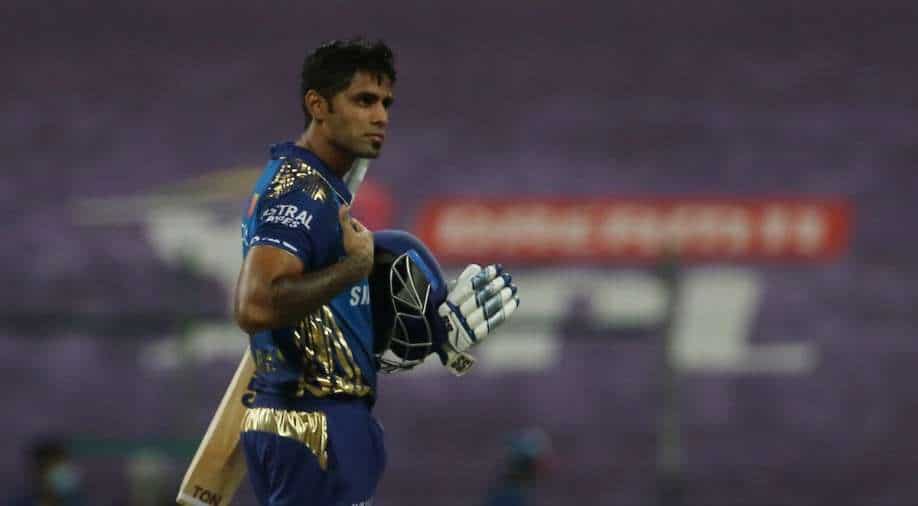 Suryakumar Yadav has been overlooked by the Indian selectors time and time again – exclusion from the upcoming Australia tour is just another disappointment that the Mumbai star had to face in his career. After he smashed an unbeaten 79 off 43 deliveries to help Mumbai Indians seal a comfortable win against Royal Challengers Bangalore in Indian Premier League, a tweet from Indian head coach Ravi Shastri followed.

The right-handed batsman is being hailed as India’s Mr 360 along with KL Rahul, at the moment. Is it only now when SKY has hit the headlines for his batting? No.

SKY came into the scene in 2010 when he made his debut for Mumbai in Ranji Trophy and ended up topping the run-scoring charts for his team in that particular season. Like every athlete, his career has faced highs and lows but that hasn’t stopped him from killing his hunger for runs.

That's that from Match 48 as @mipaltan win by 5 wickets.@surya_14kumar with an unbeaten 79.

An innovative, attacking batsman, Suryakumar has the finesse of playing strokes all around the park. While his lean and athletic physique may give a first-look that he doesn’t have the power to clear the fence but if you follow his batting for a longer time, it will be crystal clear that he has all the power in the world to clear any boundary rope – which he has shown in the last few seasons. His breathtaking timing is just another trait of his batting.

But SKY has been overlooked by the Indian selectors time and time again – exclusion from the upcoming Australia tour is just another disappointment that the Mumbai star had to face in his career. After he smashed an unbeaten 79 off 43 deliveries to help Mumbai Indians seal a comfortable win against Royal Challengers Bangalore in Indian Premier League, a tweet from Indian head coach Ravi Shastri followed.

“Surya namaskar. Stay strong and patient @surya_14kumar #MIvsRCB” tweeted Shastri just after the conclusion of MI vs RCB on October 28.

While Shastri’s message clearly hinted that he is strongly in contention for the Indian team, then why not utilize his form in the biggest of series – against Australia? If a head coach can praise a player for his form on Twitter then why not reward him with a dream Team India call-up? If Varun Chakravarthy, who has played just one First-Class match can make it to the Indian squad, then what wrong has Suryakumar Yadav done?

SKY was not picked under the regime of former chief selector MSK Prasad, surely the same case can't be repeated under new chief selector Sunil Joshi?

Arguments can be put forward by saying the Indian line-up is packed but aren’t the likes of Shreyas Iyer, Manish Pandey too similar kind of players for number four and five in the T20I set-up for the Men in Blue? Both Iyer and Pandey haven’t done anything wrong to be dropped but ultimately, it is about the betterment of the team and its balance. SKY has a better range to bat at number 6, has the power to finish games for India and more importantly is going through the form of his life. People saying Manish Pandey remained not-out in all the matches against New Zealand, he faced 12, 6, 36 and 4 balls at number six against New Zealand and didn’t bat in the second T20I.

If IPL is the parameter to pick squads for all the formats (KL Rahul for Tests, Varun Chakravarthy for T20Is) then why can’t Surykumar Yadav, at least make it for the T20I squad? Sanju Samson was picked in the T20I squad even when he has failed to put up consistent performances in IPL 2020. His performances in the domestic season are also patchy. What wrong has Suryakumar Yadav done then?

Suryakumar Yadav’s numbers with the willow and his performances will continue to stagger the fans but at the same time, his non-selection in the Indian team will leave everyone baffled.

If the Indian head coach is the benchmark of motivating people in the Indian camp then he should be the first one to ask for his inclusion, at least in the Indian T20I side. Not because SKY has been touching the sky with his batting just because he has knocked the door for too long and backed it with performances for whichever team he has played for.

And if you want to bring up his mental strength, then the way he kept his nerves despite seeing the captain of the Indian team walk towards him during the MI vs RCB and then win the match for his franchise should be a good enough reason to clear the air. Let alone the struggle of scoring runs for fun in the domestic circuit.