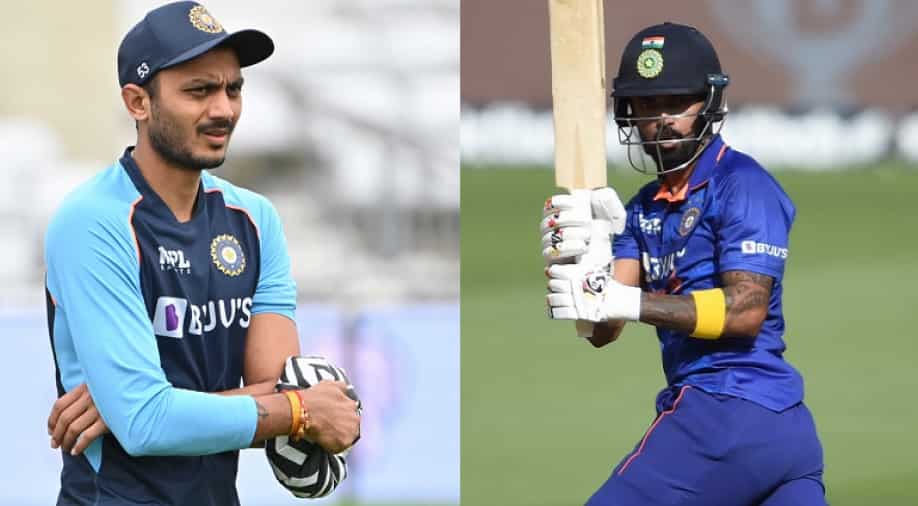 KL Rahul and Axar Patel have been ruled out of the upcoming T20I series against West Indies. BCCI confirmed the duo's replacement for the three-match rubber.

India's vice-captain KL Rahul and all-rounder Axar Patel have been ruled out of the upcoming T20I series against West Indies. While Rahul will miss the three-match rubber after suffering a hamstring injury while fielding during the second ODI against West Indies on Wednesday, Axar is yet to recover fully from his shin injury and had also tested positive for COVID-19 recently.

The duo will be replaced by opening batter Ruturaj Gaikwad and all-rounder Deepak Hooda in India's T20 squad for the West Indies series. While Gaikwad has already made his T20I debut for the Indian team, Hooda is yet to earn his maiden cap in the shortest format of the game. Hooda had recently impressed on his ODI debut for the Men in Blue against Kieron Pollard's men.

"Rahul sustained an upper left hamstring strain during fielding in the 2nd ODI on 9th February 2022 while Axar has resumed the final stage of his rehabilitation after recently recovering from Covid-19. They will now head to the National Cricket Academy in Bengaluru for further management of their injury," said the BCCI in a statement on Friday.

"The All-India Senior Selection Committee has named Ruturaj Gaikwad and Deepak Hooda as replacements," it added.

Both Gaikwad and Hooda are already part of India's ODI squad for the ongoing three-match series against West Indies and will stay with the squad for the T20Is. In the absence of Rahul, Gaikwad will be hoping to get more opportunities at the top after not getting even a single game in the ODI series.

Hooda can also be used as a finisher in the lower middle-order in the absence of the likes of Hardik Pandya and Ravindra Jadeja, who are both not part of the squad. Venkatesh Iyer will be Hooda's only competitor for the all-rounder's spot in the playing XI.