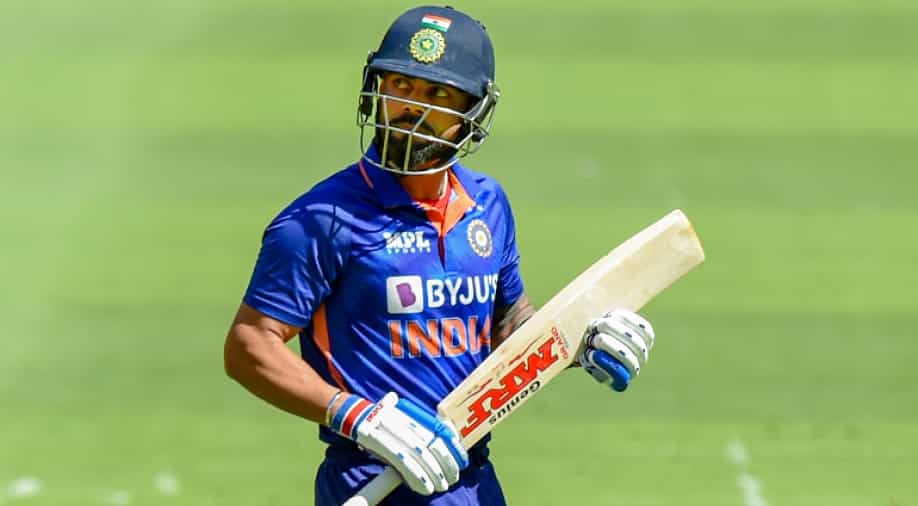 Virat Kohli completed his worst ODI series in nine years as he was dismissed for a two-ball duck in the third and final ODI between India and West Indies at the Narendra Modi Stadium in Ahmedabad on Friday.

Virat Kohli's poor form with the bat continued in the third and final ODI between India and West Indies at the Narendra Modi Stadium in Ahmedabad on Friday (February 11). Kohli was dismissed for a two-ball duck as he once again failed to get going in the three-match series.

The former India captain edged one from fast bowler Alzarri Joseph to get caught by Shai Hope as his short stay in the middle came to an end without Kohli managing to even open his account. With his duck, Kohli completed one of the worst ODI series of his career.

This is also Kohli's second-worst performance in a three-match ODI series at home since his tally of just 13 runs in the home series against Pakistan in 2013. Kohli, who has not scored an international century since November 2019, saw the drought getting extended once again as he failed to get going in the ODIs against West Indies.

The duck in the third ODI is also Kohli's 15th overall in ODIs and he has now gone past the likes of Virendra Sehwag and Suresh Raina in the list of most ducks by an Indian batter (no.1 to no.7). He is now only six short of overtaking Sachin Tendulkar (20) to become the Indian batter with most ducks in ODIs.

Amid his lean patch in white-ball cricket, there have been questions over Kohli's mindset and his spot in the team. However, the former India skipper is likely to have the backing of the team management and will be looking to bounce back strongly soon.