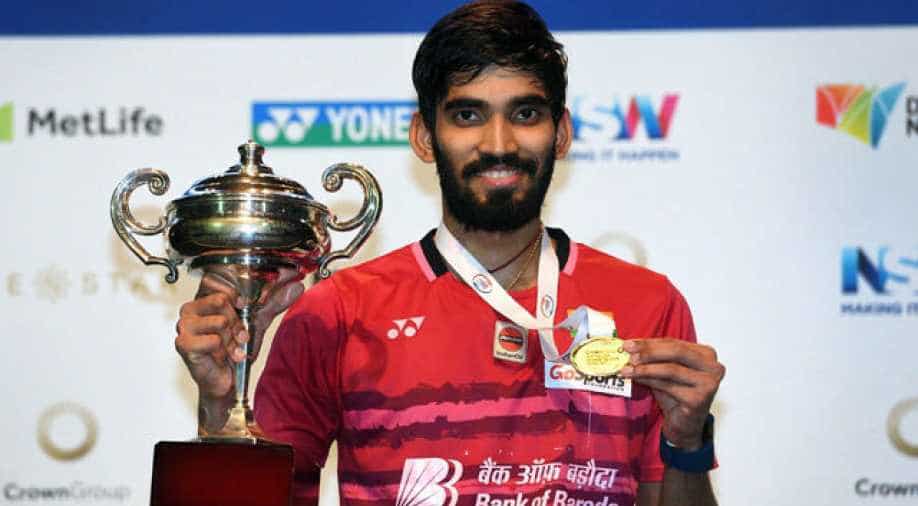 Kidambi Srikanth after winning the French Open. Photograph:(DNA)
Follow Us

Srikanth who was felicitated at the Gopichand Academy, after his recent win, said the French Open was really a tough fight.

Asked if Lin Dan (China) and Lee Chong Wei (Malaysia) are at the end of their careers as they are consistently losing in Super Series tournaments, Srikanth said, "For a long time, they have dominated. But now it has become more open. Me, Viktor (Axelsen) and even other Indian players are winning tournaments. The mini players are doing really well."

"I can't really say it is the end for them. They have seen the highest level and have the experience to come back. You can't take them easy. It will be really tough every time we play them," he told media here on Tuesday.

Srikanth who was felicitated at the Gopichand Academy, after his recent win, said the French Open was really a tough fight.

"With top players losing in initial rounds, there were so many thoughts running in my mind, but still I told myself that I thought of taking it round by round and not about winning," the decorated player said.

Srikanth, who might become World no. 1 by the end of the year, admitted that ranking really doesn't matter to him.

The 24-year-old said, "To be frank, after the injury I suffered last year and started fresh this year I really did not think too much about the rankings. It is just to keep playing tournaments and enjoy playing the game."

"If you consistently do well, rankings do improve. I do not want to run behind the rankings, I really want to play well in the tournaments," he said.

"The overall mindset has changed. These days I am ready to play longer matches and not scared to do so. This really gives you a lot of confidence when you are playing top level players," he said.

Srikanth, the six Super Series title holder, also said that Indian shuttlers have just started to perform and will have to maintain their consistency for next couple of years for other nations to say they are scared of Indian players