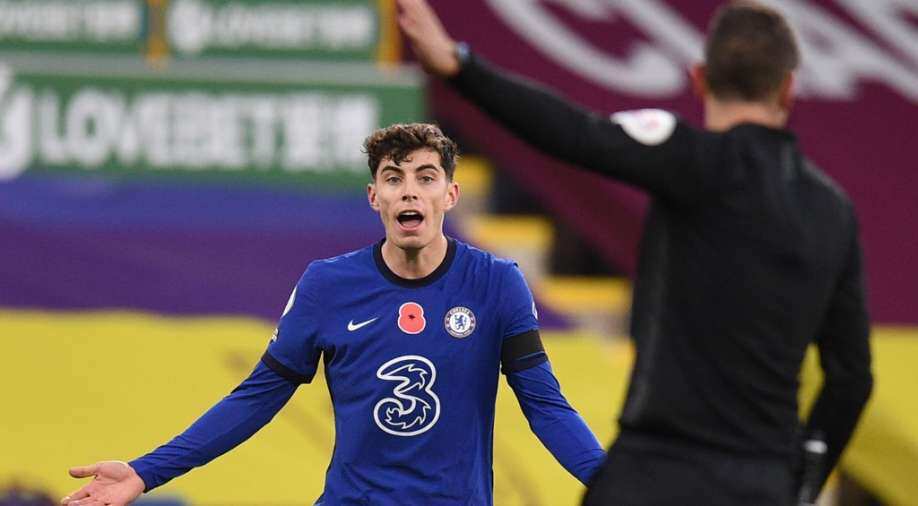 "We all have to look out for each other. To be honest, it was personally very hard."

Chelsea's Kai Havertz said that he was hit hard by COVID-19 and understands how difficult the global pandemic has been for others. The German player had tested positive for COVID-19 in November.

Also read: 'He's got the hunger and appetite to play': Ole on Pogba's transfer rumours

He recalled the experience and said that he spent seven to 10 days "just in my bed and everything was hurting". Havertz missed out on first three games after joining the Blues after contracting the virus.

According to Havertz, it took him two or three weeks but he is now "very fit again". He has now played Chelsea's past three games in all competitions.

Havertz joined the London club from Bundesliga side Bayer Leverkusen for £71 million. He scored three times in 16 appearances. While speaking to BBC's Focus Football, he recalled his battle with COVID-19.

He said: "It was like a very bad flu for me so I think now I know it is very bad for people. Before I sometimes thought, 'OK it is not so bad' but now I get it and I know for older people and people who had illnesses before it can be very bad.

"We all have to look out for each other. To be honest, it was personally very hard."

He added: "When you do nothing for two and a half weeks and then you start training again, you feel like you have never played football before. For me it took two or three weeks to get back to 100 per cent.

"Now I have started three games and I'm feeling good. It takes a lot of time and it took around one and a half months for me to get back but now I think I am very fit again and can start to attack again."