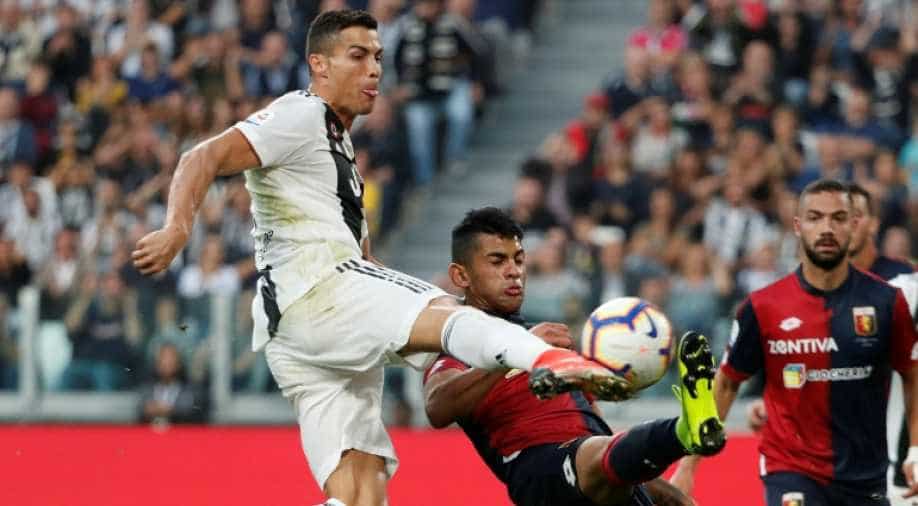 Juventus coach Massimiliano Allegri blamed his players for being sidetracked by their Champions League trip to Manchester United on Tuesday.

Juventus’ perfect start to the season came to an end in Turin on Saturday as Genoa earned a 1-1 Serie A draw on Ivan Juric’s return as coach.

The Croatian boss replaced Davide Ballardini before the international break for his third spell in charge of Genoa and he made an immediate impact as the Italian champions failed to record a victory for the first time in nine league games this season.

Cristiano Ronaldo gave Juventus a deserved lead in a dominant first half, but sloppy defending from the hosts allowed Daniel Bessa to draw Genoa level after the break and end Juve's winning streak at ten matches in all competitions.

Juventus coach Massimiliano Allegri blamed his players for being sidetracked by their Champions League trip to Manchester United on Tuesday.

“It’s simple,” he told reporters. “Genoa did well not toexpose themselves, but these things shouldn’t happen. We played for 10 minutes and then started thinking about Manchester.

“We went from being frenetic to falling asleep and vice-versa. We should have had our mind on the job. "I think it’ll be a good lesson for us, as this is a wake-up call, so everyone can remember that nothing is to be taken for granted. Every match has to be won on the pitch in 90 minutes. Nothing is guaranteed or won before we’ve stepped on to the pitch.

“It’ll be very different with Manchester United, as we will both be playing to win. Genoa did well today to play in defence and try to stay in the game, but I have to say this was the biggest example of drifting out of the game that I’ve seen in my five years at Juventus.”

Ronaldo had come close to opening the scoring after just 14 minutes when he powered a header onto the post from a Juan Cuadrado cross.

The Portuguese opened his account just five minutes later, tapping in from close range after Genoa failed to clear their lines when Joao Cancelo’s shot took an awkward deflection inside the box.

The atmosphere at the Allianz Arena was dampened after racist chants during Juve’s last home league game against Napoli resulted in a closure of the ‘Curva Sud’ section of the stadium. The Italian champions, though, were allowed to fill the seats with local school children.

Krzysztof Piatek, who leads the Serie A scoring charts with nine goals, tested Wojciech Szczesny from range before flashing a header wide as the visitors improved after the break and Juric’s side drew level when Daniel Bessa headed home from close range on 68 minutes after the Juve defence switched off.

There were further chances for Ronaldo, Miralem Pjanic and substitute Paulo Dybala but Juric’s players stood firm to earn an unexpected point.

Earlier, Roma suffered a 2-0 defeat at home to SPAL courtesy of an Andrea Petagna penalty and a Kevin Bonifazi header either side of the break. The result leaves the capital club in sixth place before Sunday’s games, 11 points adrift of leaders Juventus.