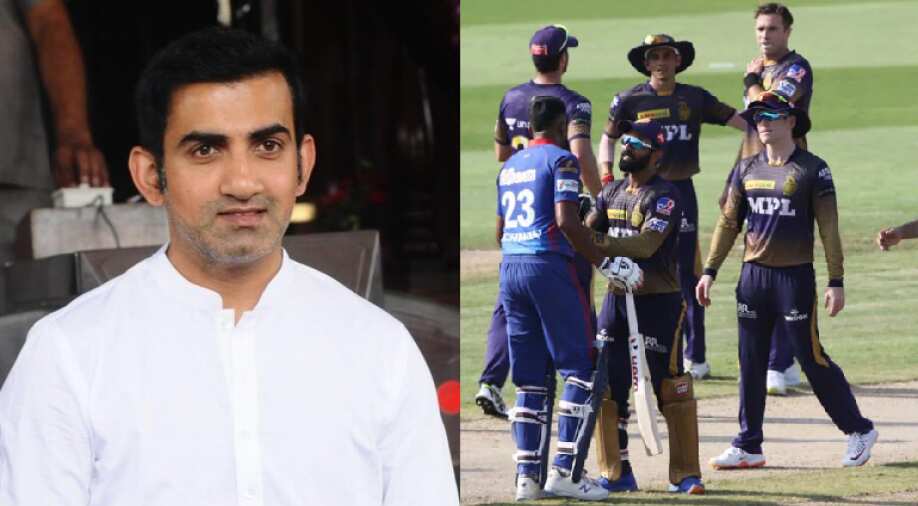 Gautam Gambhir has slammed R Ashwin's critics and said people who have nothing to do with the matter are cashing in to increase their social media followers.

The debate over of 'spirit of cricket' has taken the centre stage once again after the controversy involving R Ashwin and Eoin Morgan became one of the major talking points in the ongoing second leg of Indian Premier League (IPL) 2021. Kolkata Knight Riders (KKR) skipper Morgan and Delhi Capitals (DC) Ashwin were involved in a heated altercation during the game between the two sides on Tuesday (September 28) in Sharjah.

The incident took place during DC's innings when Ashwin went for a run after a KKR fielder threw the ball which hit Rishabh Pant and went awry. Ashwin completed the single which baffled KKR players including captain Morgan and pacer Tim Southee, who were seen exchanging a few words with Ashwin after he was dismissed in the final over.

Ashwin too hit back and responded to the duo. The controversy escalated further after Morgan called Ashwin's act 'disgraceful' post the game. Morgan's comments sparked a debate over the 'spirit of cricket' with many blaming Ashwin for taking the run. However, Gambhir has backed Ashwin over his call to take the run and has slammed those criticising the DC spinner.

"I back Ravichandran Ashwin 100 percent. What he did was well within the rules. He has done nothing wrong. And there are so many people who are jumping into it, they have got nothing to do with it. Probably to increase some social media followers or to have some presence somewhere so that people can talk about it. It makes no sense. R Ashwin is absolutely correct," Gambhir said on Star Sports.

Earlier on Thursday, Ashwin took to Twitter to open up on the controversy and shared his side of the story. The DC spinner had asked Morgan and Southee to not take moral high grounds as he explained why he was within the rules to take the run.

Former India pacer Irfan Pathan also shared his views on the controversy and defended Ashwin by bringing up the 2019 World Cup final where England were awarded 4 runs after a ball deflected off Ben Stokes' bat while he was attempting a run and raced away for four.

"People use the term spirit of the game for their own convenience. You remember 2019 World Cup? Let’s not get into it. If you have issues with the rule, change the rule," Pathan said.

"Even in that run-out issue, I would do it differently, but Ashwin was definitely well within the rules. Ashwin should back himself definitely and we all will back him," he added.