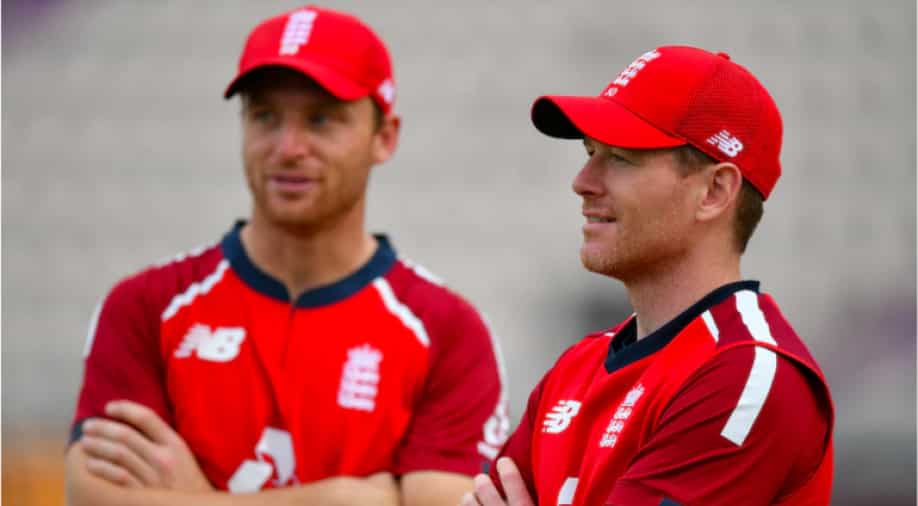 The Board of Control for Cricket in India official has clarified how Kolkata Knight Riders and Rajasthan Royals can fight off humiliation from Eoin Morgan and Jos Buttler's as of late surfaced recorded tweets.

The Board of Control for Cricket in India official has clarified how Kolkata Knight Riders and Rajasthan Royals can fight off humiliation from Eoin Morgan and Jos Buttler's as of late surfaced recorded tweets.

Eoin Morgan, who was designated KKR skipper last year, and Buttler, RR's most established batsman, have been blamed for deriding Indians by tweeting in broken English and intentionally abusing the word 'sir.'

The England and Wales Cricket Board has opened an examination concerning the issue.

The BCCI official said that these four-year-old posts have put the two IPL establishments in a fix since they have ridiculed the very league they play for in India.

"KKR and RR will be in a fix as these are players earning from Indian Premier League and as late as 2017 were making fun of how Indians speak English. Now you can be dismissive of these posts but this also speaks about what their general perception about Indians is. It's a tricky terrain but both KKR and Royals have a way out" - senior BCCI official told PTI.

The BCCI official clarified that a statement of regret from Eoin Morgan and Jos Buttler should 'get the job done' for the occasion.

The source likewise exhorted the franchises against IPL suspensions, saying that the ECB is now against sending players for the rest of the 2021 season, and such advances will just add up to posing.

"Firstly, if Shah Rukh Khan and Manoj Badale are mindful of their respective franchises' image, a statement of apology from both Morgan and Buttler would suffice. Now with ECB not allowing them for the second phase of IPL due to their own commitments, the suspension would count for very little. You are suspending players who are not coming for the second phase. It will be mere posturing."

Suspending Eoin Morgan will not be excessively badly designed for KKR as the Englishman was at that point being condemned for his initiative. RR, then again, will be more stressed in light of the fact that Jos Buttler got into his depression with a fabulous century not long before the season was suspended mid-way.

KKR's coach Brendon McCullum is additionally under the scanner for answering also to Eoin Morgan and Jos Buttler to a portion of their tweets.

BCCI stressed over more offensive posts and recordings turning out in the public space. The BCCI is likewise careful about assuming control over the top activity on these arising tweets. They accept this could start off a binge of new disclosures, including old questionable recordings and different posts.

Eoin Morgan and Jos Buttler's tweets became exposed after the ECB opened its examination concerning pacer Ollie Robinson's eight-year-old bigot and chauvinist tweets. He has been suspended from all global cricket while another anonymous player's old posts are likewise being tested.