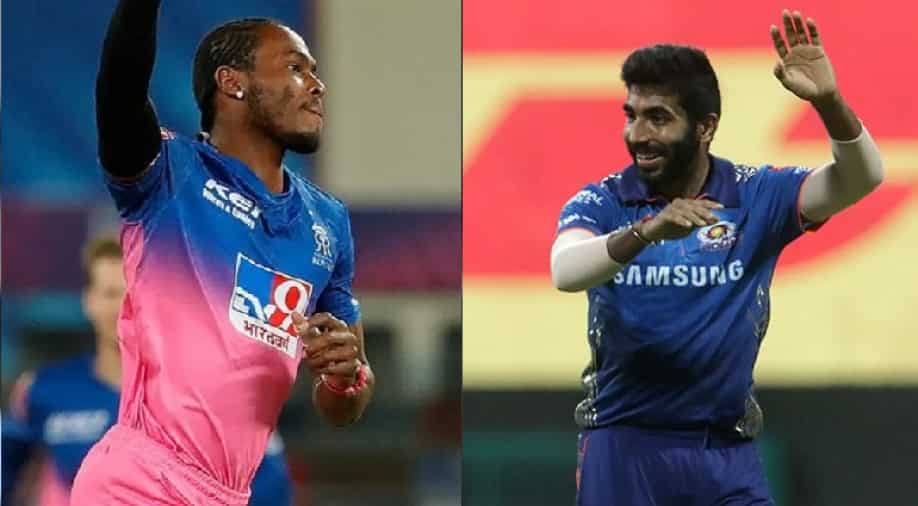 England pacer Jofra Archer's 8-year-old tweet on Jasprit Bumrah has gone viral after the fast bowler was roped in by Mumbai Indians at the IPL 2022 mega auction.

Mumbai Indians went all out to rope in England pacer Jofra Archer at the recently-concluded Indian Premier League (IPL) 2022 mega auction. The five-time champions broke the bank for Archer as they spent a whopping Rs 8 crore (INR 80 million) to secure the services of the fast bowler, who is regarded as one of the best in the world at present.

Archer was among several fast bowlers who managed to earn staggering deals at the IPL 2022 mega auction. Mumbai Indians were involved in an intense bidding war with Rajasthan Royals and Sunrisers Hyderabad before they managed to secure the services of the England star. Though he is set to miss the upcoming IPL 2022 due to his ongoing recovery from an elbow injury, Archer will turn up for Mumbai Indians from IPL 2023 next year.

The prospect of the England pacer bowling in tandem with Indian pacer Jasprit Bumrah can be terrifying for the best of batters in the league. Archer and Bumrah are two of the best fast bowlers in the death overs and can also make the batsmen dance to their tunes with the new ball. As Archer gears up to play in the same team as Bumrah, an 8-year-old tweet by the England star on the Indian pacer has gone viral.

In 2014, during a league match between Mumbai Indians and Rajasthan Royals, Archer had tweeted about Bumrah and hinted that he apparently didn't like the Indian pacer bowl. "Hate to seem Bumrah bowl," Archer had written in a tweet that has resurfaced now after he joined Mumbai Indians at the IPL 2022 mega auction.

Despite BCCI confirming that Archer will not be available for the entire IPL 2022 due to his recovery, several teams expressed interest in the England pacer. Mumbai Indians, who remained very watchful and quiet on the first day of the IPL 2022 mega auction, broke the bank for Archer and all-rounder Tim David on the second day.