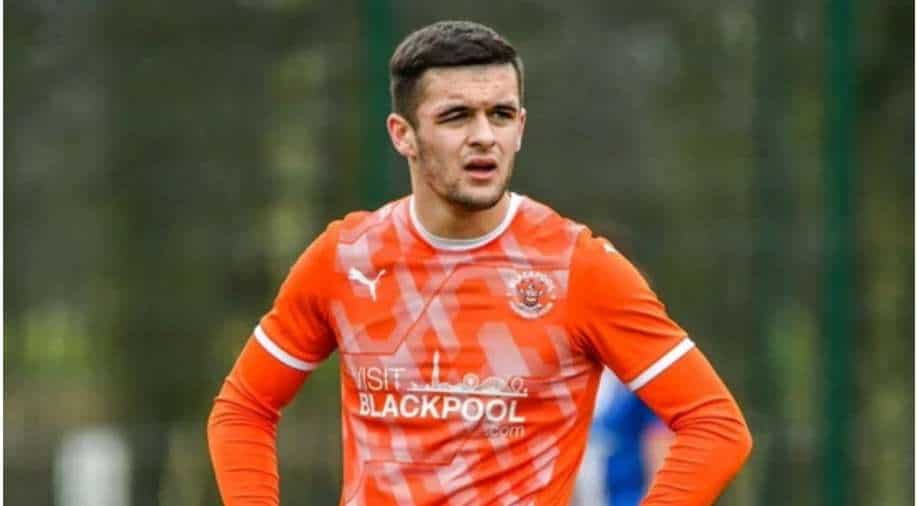 The Blackpool forward Jake Daniels made the announcement after the end of his first season as a professional player at the second division club.

In a landmark move, young English soccer player Jake Daniels came out in the open of being gay earlier this week. Thus, he became the first male active professional football player (since 1990 when Justin Fashanu revealed the same) who openly revealed his sexuality, i.e. being gay.

The Blackpool forward Daniels made the announcement after the end of his first season as a professional player at the second division club. In a statement after the announcement, the 17-year-old stated, "This season has been a fantastic one for me on the pitch. But off the pitch I’ve been hiding the real me and who I really am. I’ve known my whole life that I’m gay, and I now feel that I’m ready to come out and be myself. It’s a step into the unknown being one of the first footballers in this country to reveal my sexuality."

Daniels named Josh Cavallo of Australian team Adelaide United, who is the only gay man who has come out in the open of being gay and is playing in a top division world soccer, as his inspiration behind the recent revelation. Daniels further added, "I’ve hated lying my whole life and feeling the need to change to fit in. I want to be a role model myself by doing this. There are people out there in the same space as me that may not feel comfortable revealing their sexuality. I just want to tell them that you don’t have to change who you are, or how you should be, just to fit in. You being you, and being happy, is what matters most.”

Daniels was also thrilled to bits to see the support and positive reaction of his club and teammates following his recent admission of his sexuality. The northwest English club pointed out that it was “incredibly proud that he (Jake) has reached a stage where he is empowered to express himself both on and off the pitch."

From UK Prime Minister Boris Johnson, Tottenham Hotspur's Harry Kane, David de Gea and many others have joined in to applaud Daniels following his recent announcement.

This surely can be termed as a landmark move by the youngster, who embraced his sexuality and isn't rightly shy about expressing it in the open. It is also a learning curve for many such male players as while women's soccer features many prominent LGBTQ athletes, the same hasn't been the case for the opposite sex.