'It's about who stays real behind your back': David Warner posts cryptic message after being left out of SRH's playing XI against CSK 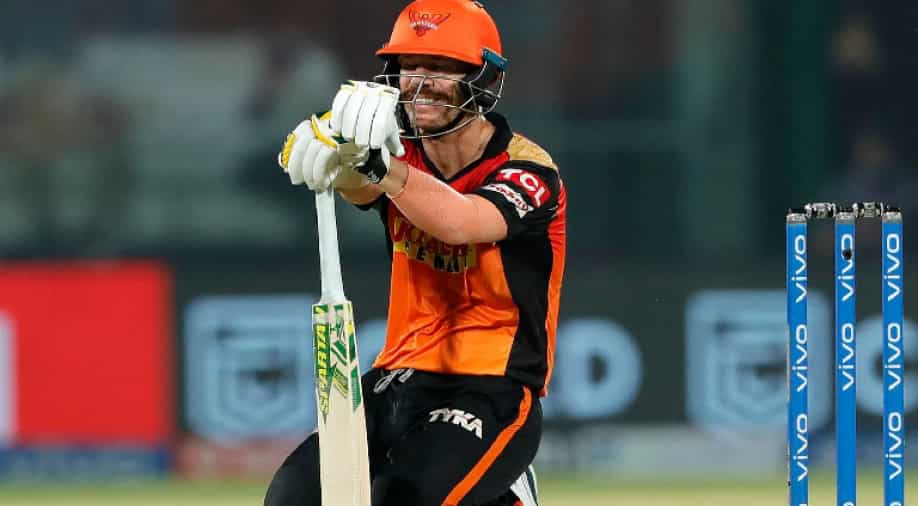 Sunrisers Hyderabad (SRH) star David Warner has posted a cryptic message on Instagram after he was once again left out of the playing XI against Chennai Super Kings in IPL 2021 on Thursday.

Sunrisers Hyderabad (SRH) star David Warner has had a dramatic fall from grace in the Indian Premier League (IPL). One of the best batsmen in the history of the league, Warner had failed to cement his spot in SRH's playing XI after being sacked from captaincy. From leading SRH to their maiden IPL title in 2016, Warner is now struggling to make the cut in the XI as a pure batsman.

Over the years, Warner has played an instrumental role in SRH's success in the IPL, however, the Australian batsman has had to endure a terrible campaign so far this season. Warner was sacked from captaincy midway through the season during the first leg of the tournament in India earlier this year.

He played the first two matches in the ongoing UAE leg before being dropped from the playing XI after failing to impress with the willow. After being left out of the playing XI against Rajasthan Royals, Warner once again did not travel with the SRH squad for their game against Chennai Super Kings (CSK) in Sharjah on Thursday.

Amid reports that SRH have started to look beyond him and are planning to offload him ahead of the upcoming mega auction, Warner took to Instagram to post a cryptic message in his story. “It's not about who is real to you face. It's about who stays real behind your back," read the message shared by Warner which appears to be a dig at the SRH team management. 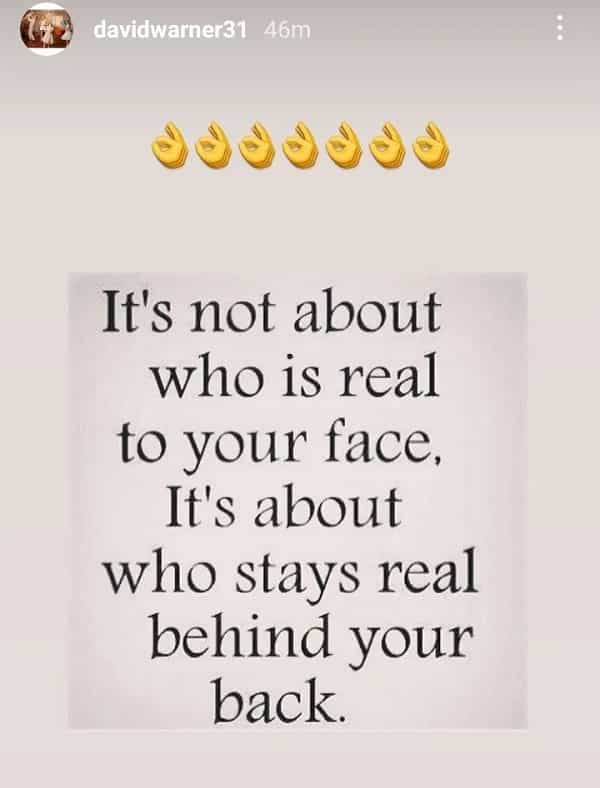 In what has been a disastrous season for Warner at SRH, the prolific left-hander has so far managed to notch up 195 runs in eight matches in IPL 2021. He has not featured in the playing XI in his team's last two encounters and looks set to miss the remaining three matches as well amid rumours of a fallout with the team management.

SRH lost against Chennai Super Kings by six wickets on Thursday and are out of the race for playoffs with only two wins in eleven matches so far this season.