It was difficult track even for a player like Dhoni: Glenn Maxwell defends Dhoni 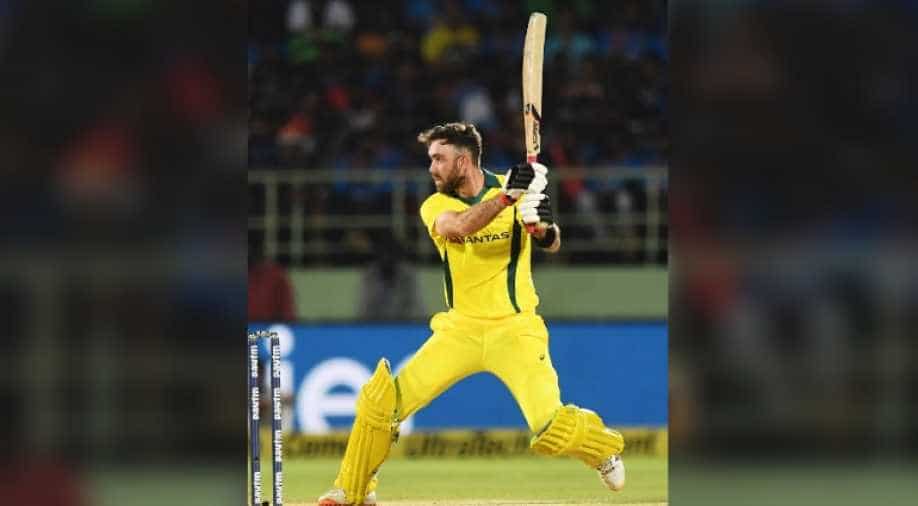 Dhoni managed 29 off 37 balls in India's below-par 126 for 7 on a track where the ball was not coming onto the bat. To be fair to Dhoni, a clutch of wickets fell and he also had to stem the rot with Yuzvendra Chahal at the other end.

Mahendra Singh Dhoni once again drew flak for his slow strike-rate against Australia in the first T20 International but Glenn Maxwell feels that on a low and slow track, that was all the former India captain could have done.

Dhoni managed 29 off 37 balls in India's below-par 126 for 7 on a track where the ball was not coming onto the bat. To be fair to Dhoni, a clutch of wickets fell and he also had to stem the rot with Yuzvendra Chahal at the other end.

"It (the slow strike rate) was probably fair enough. With the way the wicket was behaving, it was difficult to score for any batter, let alone a guy who is not known for his power-hitting in Chahal," Maxwell said in Dhoni's defence as his analogy of Chahal's pyrotechnics invited a few chuckles.

It was such a track where deliveries were keeping low and Dhoni could manage only one six.

"MS is obviously a world-class finisher and even he was finding it hard to hit the middle of the bat. So, I think it was right of him to try and farm the strike. He hit a six in the last over and I think that showed how difficult it was," Maxwell said.

He lauded his bowlers for keeping Dhoni under tight leash.

"If you are holding MS to one boundary in the last few overs, it's a pretty good effort and also a sign of the conditions as well."

They had targeted leg-spinners Yuzvendra Chahal and debutant Mayank Markande and Maxwell said Bumrah and Krunal Pandya werre toughest to face in such conditions.

"Bumrah and Krunal Pandya were the toughest guys to face on that wicket because they are capable of extracting a low sort of bounce and didn't give you much width to work," he said.

He also hailed man of the match Nathan Coulter-Nile who returned with 3/26 and also took two catches including that of skipper Virat Kohli (24).

"He (Coulter-Nile) was brilliant. It was probably a wicket that suited him, it was keeping low and he was bowling straight making it really hard to create angles," Maxwell said.