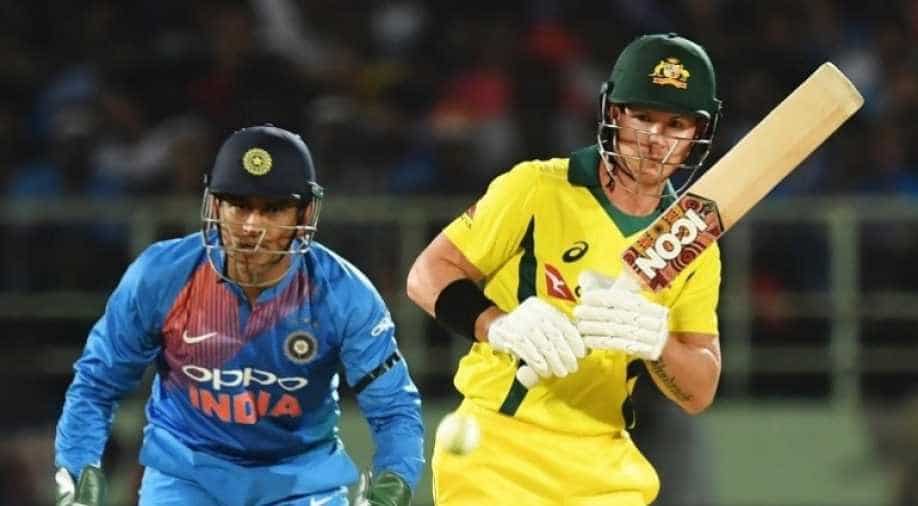 The Men in blue were on the verge of winning the game but Umesh Yadav's pale bowling in the last over turned the tables against India.

Australia defeated India by three wickets to clinch the first T20 international in a last ball-thriller on Sunday.

The Men in blue were on the verge of winning the game but Umesh Yadav's pale bowling in the last overturned the tables against India.

Maxwell along with D Arcy Short established a partnership of over 60 runs to help their side recover from the early losses. Australia lost two wickets - Marcus Stoinis and Aaron Finch - for just five runs.

Put into bat, India were restricted to a paltry total with opener KL Rahul top-scoring for the side and reached his brilliant half-century to put up a decent total. However, he was dismissed Nathan Coulter-Nile for 50.

Wicketkeeper-batsman MS Dhoni failed to score any big runs despite playing 37 balls. He remained not out for 29 which includes just one six.

For the hosts, it was skipper Virat Kohli and KL Rahul fifty-run partnership that lifted India from the early loss of Rohit Sharma, who was dismissed for five runs.

Things were going strong when Kohli was sent back to the pavilion by Adam Zampa for 24 runs which included three sixes. The two played some phenomenal shots to help the team recover.

By virtue of this win, Australia leads the two-game T20series 1-0. the two teams will next play each other on Wednesday.