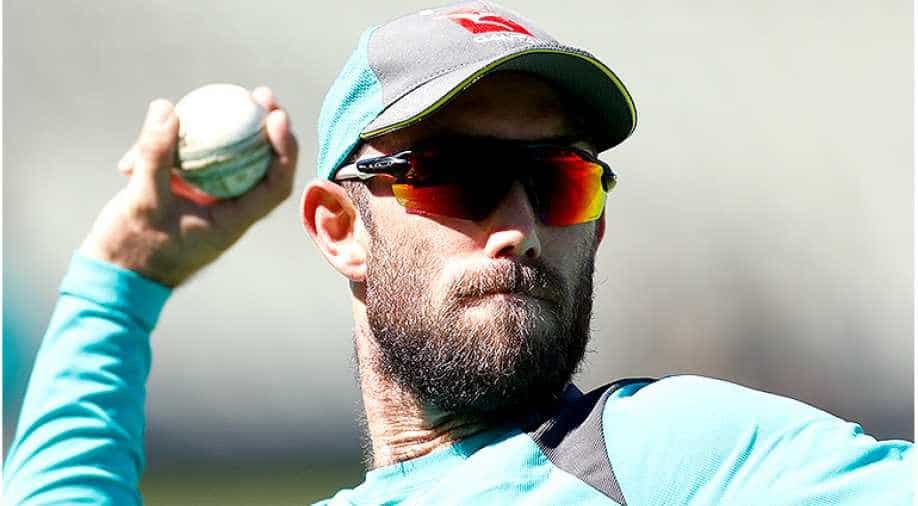 On a difficult pitch in Visakhapatnam, Maxwell came to the crease with Australia vulnerable at five for two in their chase of India's 126 and his 43-ball 56 anchored an 84-run third wicket stand that steadied Australia.

Glenn Maxwell issued a timely reminder of his worth with a decisive half-century in Australia's first Twenty20 against India but believes he has more work to do to secure a ticket to the 50-over World Cup.

On a difficult pitch in Visakhapatnam, Maxwell came to the crease with Australia vulnerable at five for two in their chase of India's 126 and his 43-ball 56 anchored an 84-run third wicket stand that steadied Australia.

But being Maxwell, Australia's infuriating genius, there was a less laudable sub-plot at play as he threw away his wicket by heaving at a wide legbreak from Yuzvendra Chahal that went to the long-off fielder.

The dismissal triggered a collapse as Australia lost four wickets for 24 runs and had to rely on the cool heads of tailenders Pat Cummins and Jhye Richardson to smash 14 runs in the final over and squeeze the three-wicket win.

Instead of soaking up a key role in what should have been an easy victory, Maxwell was left sweating to the final ball.

"We probably should have lost and if it wasn't for Pat Cummins and Jhye Richardson pulling something out of the hat," the relieved 30-year-old said.

The glass-half-full brigade will focus on Maxwell's studious innings that pulled Australia out of the fire, but the half-empty types will carp that he should have gone on with it and remains too risky a player to rely on at the World Cup in England and Wales.

Maxwell, himself, remains unaware of his standing in Aaron Finch's one-day squad, for all his past heroics in Australia's 2015 World Cup triumph on home soil, when he was the team's third-highest run scorer behind Steve Smith and David Warner.

"I have no idea if I'm going to be in that World Cup squad or what number I'm going to bat, so I suppose it just comes down to opportunity - if I can keep making most of the opportunities like tonight," he said.

"It would have been nice to finish it off, but I chose that Chahal (over) as my time to go tonight and I still back that as the right decision," added Maxwell.

Australia meet India in the second T20 in Bengaluru on Wednesday before starting a five-match ODI series in Hyderabad on Saturday (February 24).