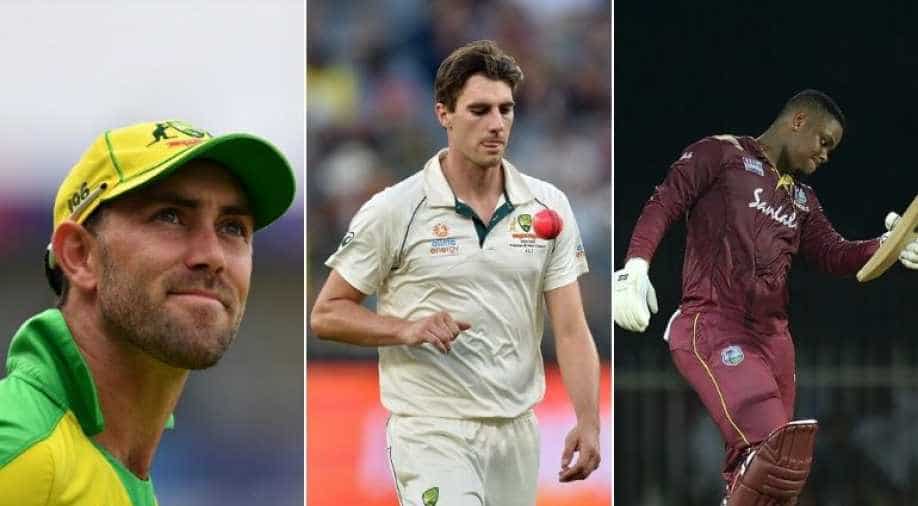 Pat Cummins took the cake as former champions Kolkata Knight Riders lapped him up for a record 15.5 crore

IPL auctions got underway in Kolkata on Thursday as Kolkata Knight Riders, Delhi Capitals and Kings XI Punjab splurged in millions to buy foreign cricketers for the upcoming 2020 season.

Pat Cummins took the cake as former champions Kolkata Knight Riders lapped him up for a record 15.5 crore(approximately $2.2 million) even as Delhi Capitals and Royal Challengers fought for the Australian.

Cummins has now become the most expensive foreign acquisition in IPL history.

Aussie bowler Mitchell Marsh, 28, was brought by SRH for 2 crores and his teammate Josh Hazlewood was taken by CSK for 2 crores.

Shimron Hetmyer who is currently playing the ODI series against India and making a name for himself was taken by Delhi Capitals for a whopping 7.75 crores going way past the base price of 50 Lakh as Royals and Knight Riders fought for him which was followed by Delhi Capitals and Royals.

As far as Indian players are concerned, Rajasthan Royals bid for Mumbai's Yashasvi Jaiswal, 17, and got him for  2.4 crore(approximately $3,38,000). The uncapped player is the youngest batsman to score a List A double century.

Varun Chakravarthy was another catch for Kolkata Knight Riders who fended off Royal Challengers to take the 28-year-old Tamil Nadu leg-spinner for 4 crores(approximately $563,000).