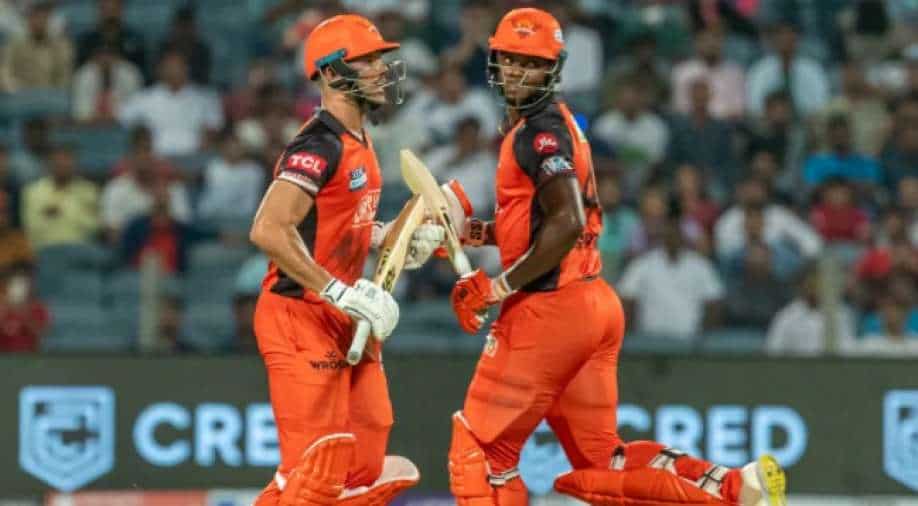 A lot will be expected from skipper Kane Williamson as he is expected to open the batting along with youngster Abhishek Sharma as SRH take on Lucknow Super Giants on Monday.

Sunrisers Hyderabad were off to a terrible start in the Indian Premier League (IPL) 2022 as the Kane Williamson-led side was completely outplayed by Rajasthan Royals in their opening encounter.

The SRH bowlers failed to contain the Rajasthan Royals batsmen from scoring freely and although Umran Malik and T Natarajan claimed two wickets each, the opponents posted a huge total of 210.

SRH vs LSG prediction: Who will win today's IPL 2022 match?

In reply, Sunrisers were out of the game very quickly as they lost their first five wicket under 40 runs and it was down to Aiden Markram (57) and Washington Sundar (40) to salvage some pride.

A lot will be expected from skipper Kane Williamson as he is expected to open the batting along with youngster Abhishek Sharma as SRH take on Lucknow Super Giants on Monday.

Aiden Markram was the star for SRH with the bat in their last game and along with Nicholas Pooran, the South Africa international forms a contrasting style of assets in the SRH top middle order.

Three all-rounders are expected to make their way into the side with Abdul Samad and Washington Sundar providing the spin options and West Indies’ Romario Shepherd being the explosive batsman.

In the bowling department, Bhuvneshwar Kumar will be leading the pack with T Natarajan and Umran Malik looking to repeat their show in the previous game when they take the field on Monday.