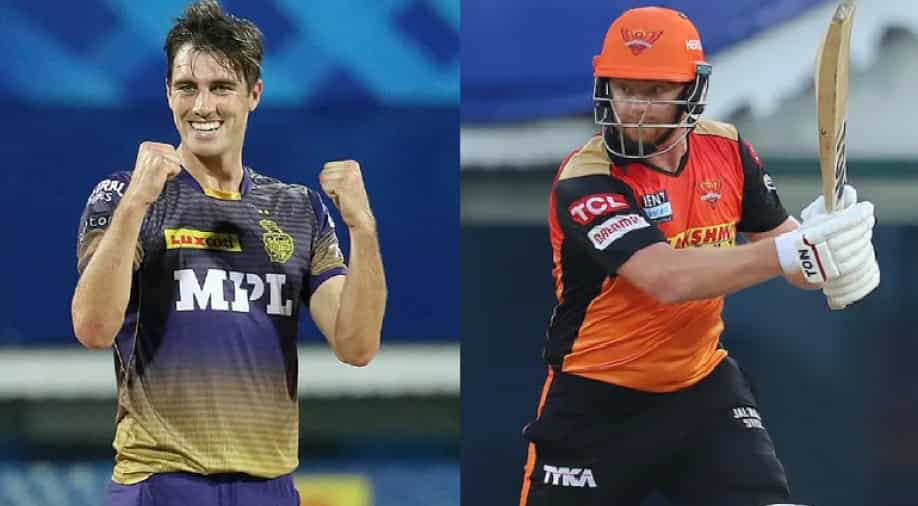 There remains uncertainity over the full availability of overseas players in IPL 2022. | Photo - IPL | Photograph:( Others )

There remain doubts over the availability of England and Australia players for the entire course of IPL 2022 despite the BCCI releasing the final auction list on Tuesday.

The Board of Control for Cricket in India (BCCI) on Tuesday released the final list of 590 players who are all set to go under the hammer at the Indian Premier League (IPL) 2022 mega auction on February 12 and 13. The final list consists of 228 capped, 355 uncapped and 7 players from the associate nations.

Despite the BCCI confirming the final list of players to go under the hammer, there remains uncertainty over the availability of some players from England and Australia. The board is yet to inform the ten franchises about the exact duration of the foreign players' participation in IPL 2022.

There are doubts over the availability of some England and Australia players due to international commitments. The upcoming season of the IPL is expected to begin in the last week of March, however, Australia will tour Pakistan in the same month with the white-ball series beginning from March 29. The matches will end on April 05.

If the likes of David Warner, Marcus Stoinis, Steve Smith and Pat Cummins among others are part of the tour, they will also miss at least the first week of action in IPL 2022. England, on the other hand, have a three-match home series against New Zealand beginning from June 02 and the ECB might call back a few Test-bound players in May to prepare for the Test series.

A number of top England players including the likes of Ben Stokes and Joe Root have already not registered from the IPL 2022 mega auction in the wake of their Ashes 2021-22 debacle as they aim to focus on improving in the longest format of the game.

"In an ideal scenario, we would have preferred to know the availability with the auction list," a franchise official was quoted as saying by Cricbuzz. "It helps in planning but there were occasions we were given this crucial the night before the auction," he added.

The BCCI has informed the teams that it is working on providing the final availability details of the overseas players, which will be provided in due course ahead of the mega auction.

"The IPL 2022 Player Auction Rules and the availability details of Overseas players along with the update on the players who have been reported or banned for suspect bowling action will be sent in due course," the BCCI wrote to the franchises.