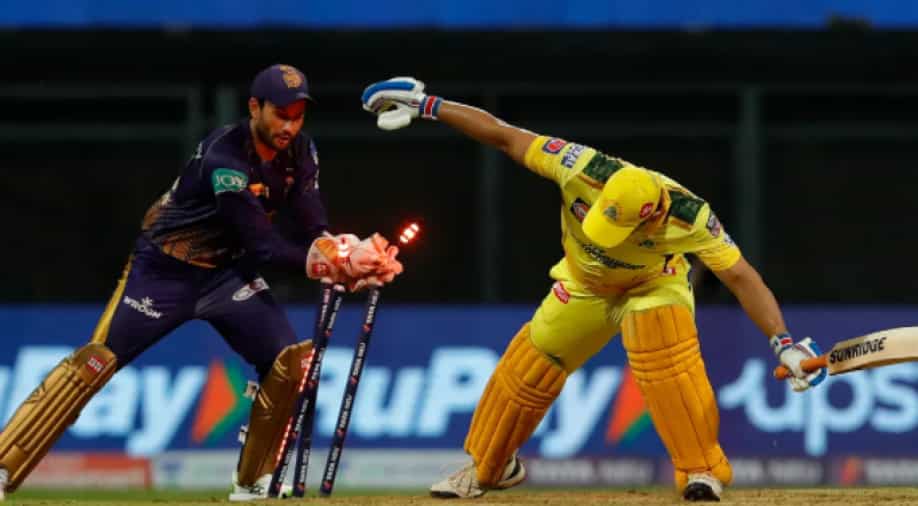 Sheldon Jackson in action for KKR in IPL 2022 | Photo: IPL Photograph:( Others )

The 35-year-old played the first two games of the tournament but had to make way for young fast bowler Shivam Mavi ahead of the game against Punjab Kings.

Kolkata Knight Riders head coach Brendon McCullum lauded wicketkeeper batsman Sheldon Jackson for his ball-hitting abilities and hinted that he can get more chances to play for the side in Indian Premier League (IPL) 2022.

The 35-year-old played the first two games of the tournament but had to make way for young fast bowler Shivam Mavi ahead of the game against Punjab Kings.

"Sheldon continues to get better and better. He is 35, but you wouldn’t know. His growth in the last two years has been significant. He has a good ball-striking ability. And very few players hit the ball as far as he does, he is not too far, if not the same, behind Andre Russell when he is striking the ball.”

“I am sure with more opportunities, we will see a performance from Sheldon," McCullum told the reports according to a report on The Sportstar.

Sheldon has impressed a lot of people with his work behind the stumps and against Royal Challengers Bangalore, he took three catches and showed fast hands to stump Shahbaz Ahmed.

McCullum went on to loosely compare Sheldon Jackson with MS Dhoni and explained that the wicketkeeper has an understanding of spin that helps him in improving his game.

"The wicketkeeping skills have been superb. He has got an MS Dhoni sort of a feel about keeping, really fast hands, and an understanding of spin. He knows what the bowlers are doing. He is desperate to do well," said McCullum about Jackson’s wicketkeeping according to the report.