IPL 2022 in 3 cities? BCCI to discuss Plan B with all franchises as Omicron threat looms large in India 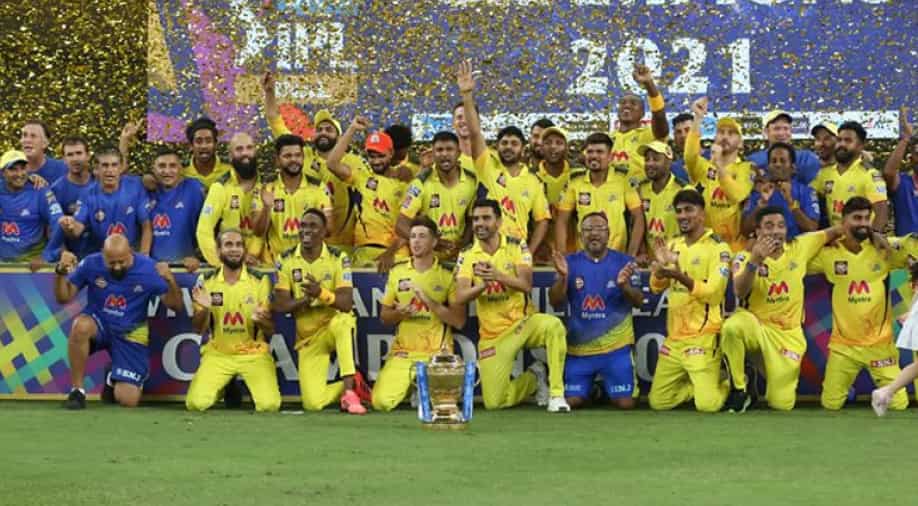 The last two IPL editions have been impacted due to the Covid-19 pandemic. With Omicron threat looming large in India, BCCI is set to discuss Plan B with all franchises and might conduct IPL 2022 in only three cities.

Covid-19 pandemic is not yet over. The world has been through a lot ever since the pandemic wreaked havoc across the globe in early 2020. Just when one and all thought that they were in control of the Covid-19 crisis, another variant has emerged out of nowhere, i.e. the Omicron variant. Thus, things are again going out of hand with rising cases and panic across the globe.

In India, the cases are rising at a some pace and things are expected to get worse by early February, with many speculating a third wave by then. Hence, once again many top political gatherings, big-ticket events and sporting tournaments can get affected due to the Omicron variant. In this regard, the IPL 2022 edition can also get severely dented and, hence, the BCCI is looking to discuss Plan B with all franchises and can go ahead with conducting the mega tournament in only three cities.

As per a report in Cricbuzz, the BCCI is looking to call a meeting with franchise owners in January, 2022 where they can discuss and prepare an alternate strategy to conduct the 15th edition of the league. Though the primary objective remains to host the tournament across the country in the usual home-away format, the Omicron threat can cause severe problems.

As per the portal, the Sourav Ganguly-led BCCI is eyeing to begin the 15th edition on April 02 next year in Chennai. However, if the situation worsens due to the Omicron scare, the board might contemplate organising the tournament in just one or two states.

"The meeting will be mainly introductory in nature with the BCCI on-boarding the owners of the two new teams - Lucknow and Ahmedabad. They are also exploring the idea of holding the whole tournament just in Mumbai and Pune or in the Gujarat cities of Ahmedabad, Baroda and Rajkot if the Covid/Omicron situation worsens.

"The owners will be apprised of the alternatives as well as things to look forward to in the mega auction," multiple franchise owners confirmed to Cricbuzz.

As of now, the BCCI have called all the ten franchises and informed them about the dates of the mega auction, before IPL 2022 edition. The forthcoming auction proceedings is very likely to take place on February 12 and 13 in Bengaluru, although an official confirmation from the board is still awaited.

The MS Dhoni-led Chennai Super Kings (CSK) won the IPL 2021 edition, which was the first-ever season to be held in two halves (in India and the UAE) due to second wave of Covid-19. On the other hand, IPL 2020 was taken entirely out of India and held in the UAE after months of delay following the Covid outbreak worldwide.