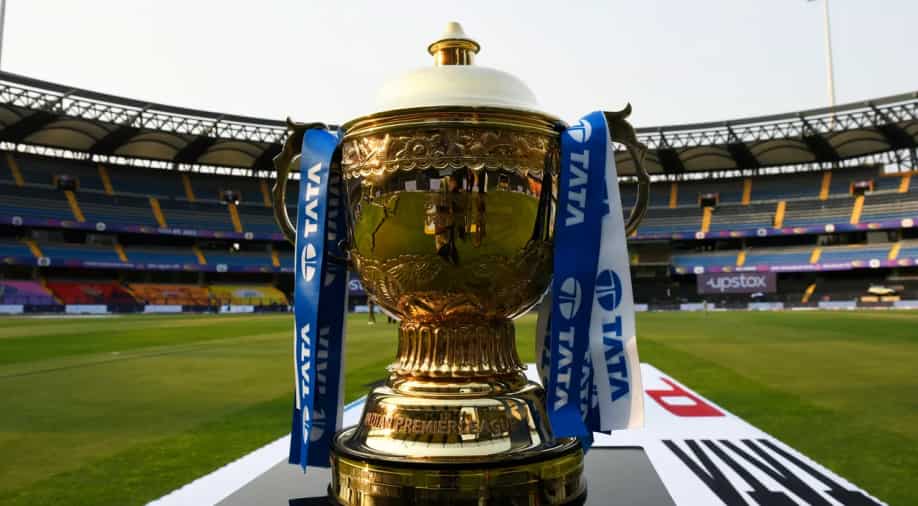 The final of IPL 2022 will be played at the Narendra Modi Stadium in Ahmedabad. | Photo - IPL | Photograph:( Others )

BCCI secretary Jay Shah on Tuesday confirmed that the final of IPL 2022 will be played at the Narendra Modi Stadium in Gujarat while Eden Gardens in Kolkata will also host two playoff matches.

The Board of Control for Cricket in India (BCCI) secretary Jay Shah on Tuesday confirmed the final of the ongoing 15th edition of the Indian Premier League (IPL) will be played at the Narendra Modi Stadium in Ahmedabad on May 29. Shah also announced that Ahmedabad will also host Qualifier 2 of the tournament. The iconic Eden Gardens Stadium in Kolkata will host the other two playoff matches.

BCCI had only announced the entire schedule of the league stage of the tournament earlier this year which is being conducted across four venues in Maharashtra. The venues for the playoff matches and the final were yet to be confirmed. However, Shah on Tuesday provided the final update on the dates and venues of the knockout matches this season.

"Pleased to announce that Playoff Stage of IPL 2022 will be held in Ahmedabad & Kolkata. Mega final will be at Narendra Modi Stadium on May 29 along with Qualifier 2 on May 27. Qualifier 1 & Eliminator at Eden Gardens on 24-25 May respectively," BCCI secretary Jay Shah told ANI.

"The Women’s T20 Challenge resumes this year and Pune will host the fourth edition of the tournament. The dates of the matches will be 23rd May, 24th May, 26th May and the Final on 28th May," he added.

The BCCI had decided to host the entire IPL in India this year following a drop in COVID-19 cases across the country. Four stadiums in Mumbai and Pune are currently staging the league stage which has already produced some memorable encounters between the ten teams this season.

Debutants Gujarat Titans are currently on top of the IPL 2022 points table with just one loss from their first nine matches of the season. Gujarat Titans' only loss came against Sunrisers Hyderabad. They are followed by fellow debutants Lucknow Super Giants at the second spot.