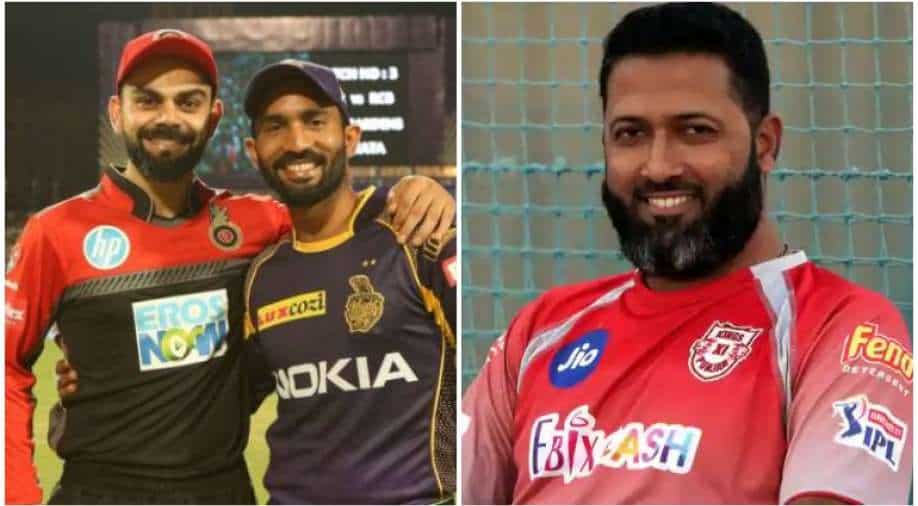 Ahead of KKR vs RCB clash, Wasim Jaffer's tweet has broken the internet as it has left netizens in splits. Here's what the former Indian opener tweeted -

Jaffer often shares his players to watch out for ahead of every IPL game, or during Team India's encounters, and this time around as well, his tweet went viral as he shared a rather unusual post; depicting his two players to watch out during the match 31, which will be held at the Sheikh Zayed Stadium, Abu Dhabi.

Here's what he tweeted-

While many thought the Jaffer was pointing out at 'GOATs' Kohli and AB de Villiers, he later clarified that his tweet was for the RCB captain and KKR's Dinesh Karthik. He wrote, "It is indeed Goat VK and Shirt DK"

It is indeed Goat VK and Shirt DK

'GOAT' Kohli is set to become the first player to feature in 200 matches in one T20 tournament on Monday evening, whereas DK will like to make a vital contribution for KKR as a finisher and keeper in match 31. He was last seen as a commentator during the India tour of United Kingdom recently, where his analysis and multi-colour shirts became a huge hit on social media platforms.