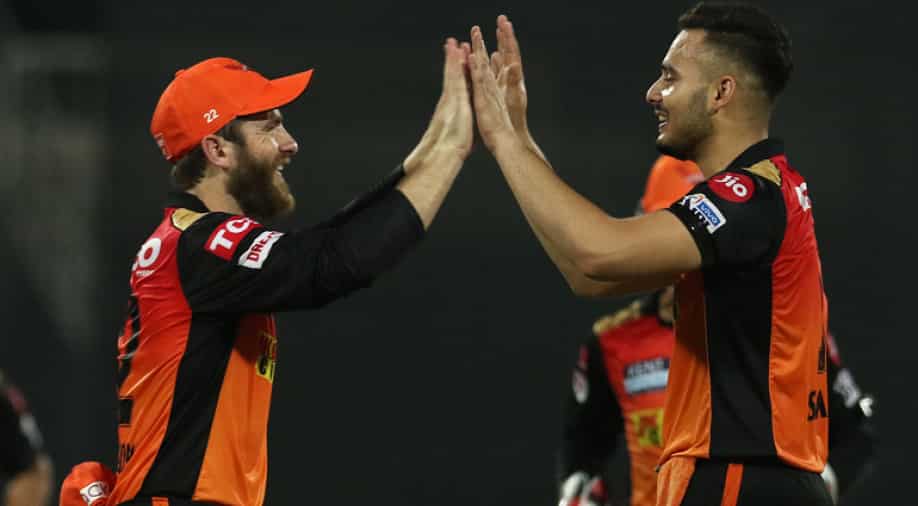 Sunrisers Hyderabad will be searching for their second win of the season when they take on Sanju Samson-led Rajasthan Royals in IPL 2021 on Monday (September 27).

Sunrisers Hyderabad (SRH) will be desperately looking to bag their second win of the season when they take on Rajasthan Royals (RR) in match no. 40 of the Indian Premier League (IPL) 2021 on Monday (September 27). SRH are currently languishing at the bottom of the table having managed only a solitary win in their first nine games of the season so far.

Rajasthan Royals too have struggled to find the momentum this season but are still in the race for a spot in the playoffs with eight points from nine matches so far. While SRH are at the bottom of the table, RR are at the sixth spot and a win tonight will help them move to the top four.

Sunrisers Hyderabad have endured a disastrous campaign so far this season and are all but out of the race for playoffs. SRH had sacked David Warner as the captain and replaced him with Kane Williamson during the first leg of the season in India this year but the move has not worked in the team's favour as they continue to struggle.

While their batting unit has failed to fire collectively, the bowling attack continues to rely heavily on Rashid Khan. Rajasthan Royals are dealing with their own set of problems with the likes of Ben Stokes, Jos Buttler and Jofra Archer all missing the second leg of the season. RR defeated Punjab Kings by 2 runs in a thrilling encounter in their first game of the UAE leg before slipping to a crushing 33-run defeat against Delhi Capitals in their last game.

Both the teams will be hoping to bounce back to winning ways and clinch the all-important three points at the Sheikh Zayed Stadium in Abu Dhabi on Monday. Here is all you need to know about the game -

Rajasthan Royals and Sunrisers Hyderabad enjoy a decent record against each other. Both the teams have won seven games each in the  14 meetings between the two sides.

Manish Pandey has been Sunrisers Hyderabad's top run-getters against Rajasthan Royals in the last four innings in the Indian Premier League. For Rajasthan Royals, their pacers have been more effective this season with 42 wickets to their name out of the total 47.

In the last meeting between the two sides at the Arun Jaitely Stadium in Delhi, Jos Buttler had slammed a sensational 124-run to power RR to a huge total of 220 runs. RR won the game comprehensively by 55 runs and will be hoping to repeat the feat this time around without Buttler.