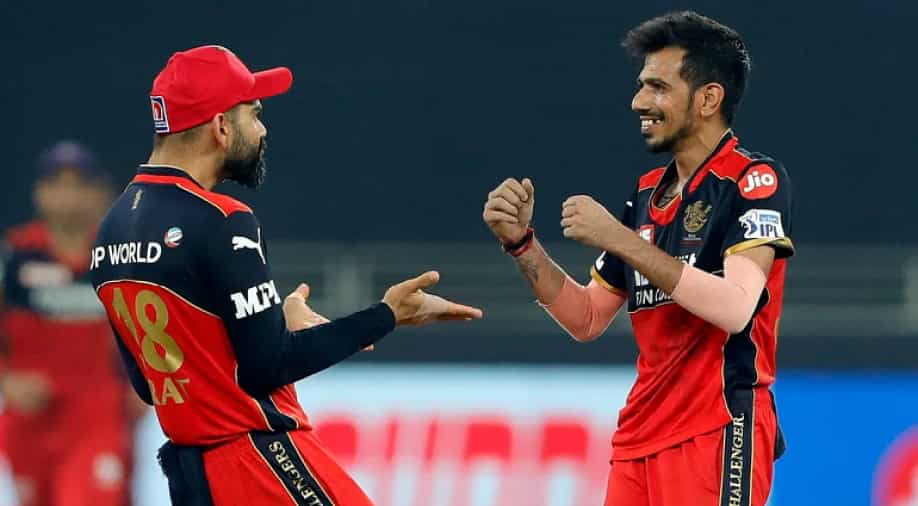 While RCB are one win away from securing a spot in the IPL 2021 playoffs, Punjab Kings are in a must-win situation to remain alive in the competition. Here is all you need to know about the IPL 2021 clash between RCB and PBKS.

Royal Challengers Bangalore (RCB) will be aiming to qualify for the playoffs for the second season in a row when they take on KL Rahul-led Punjab Kings (PBKS) in IPL 2021 on Sunday. The blockbuster clash will be played at the Sharjah Stadium in Sharjah which has seen some low-scoring thrillers in the past few days.

Both teams have had contrasting campaigns in IPL 2021 so far. While RCB are one win away from securing a spot in the playoffs once again this season, a defeat for PBKS will all but end their campaign in the league. RCB current sit on the third spot in the points table with 14 points from eleven games while PBKS are fifth with ten points from 12 matches.

Both teams are heading into the all-important clash on the back of victories in their last game. RB defeated Rajasthan Royals by seven wickets with the help of a brilliant half-century from Glenn Maxwell while Punjab Kings got the better of Kolkata Knight Riders in their last outing riding on captain KL Rahul (67) and Mayank Agarwal's (40) batting heroics.

The two teams will be looking to keep their winning run intact when they lock horns with each other in the first game of the double-header Sunday. Here is all you need to know about the RCB vs PBKS clash -

Punjab Kings enjoy an edge over RCB when it comes to the head to head record between the two sides in IPL. PBKS have managed 15 wins in 27 meetings against Virat Kohli & Co. including a victory in their last meeting this season. PBKS will be looking to make it two wins in a row against RCB in IPL 2021.

Punjab Kings skipper KL Rahul has 489 runs from 12 matches so far this season and is only 20 runs away from toppling CSK opener Ruturaj Gaikwad to regain the top spot on the list of highest run-getters in IL 2021.

Both Yuzvendra Chahal and Ravi Bishnoi have managed seven wickets so far in the UAE leg of the tournament and have maintained a similar economy rate of 5.57 and 5.92 respectively. The two spinners will hold the key to their sides' success on Sunday.