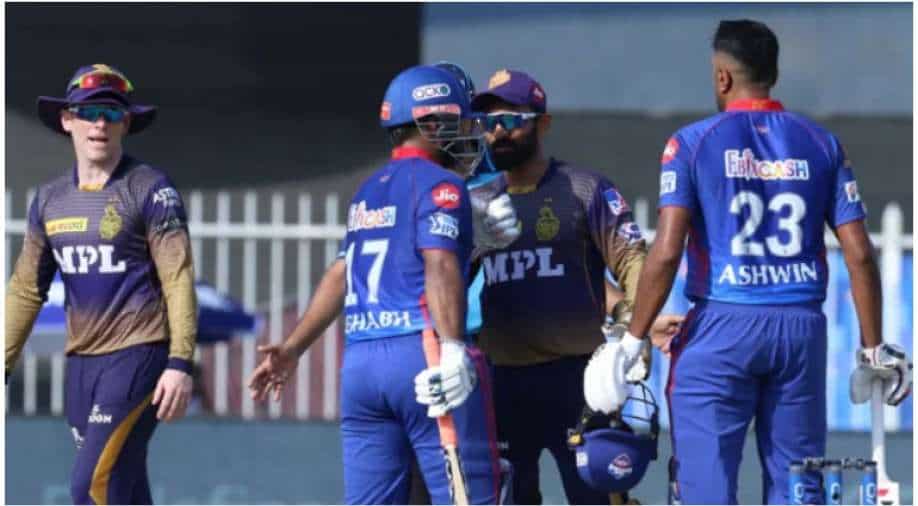 IPL 2021: As R Ashwin-Eoin Morgan spat have raised talks regarding the 'Spirit of Cricket', Delhi Capitals' (DC) wily spinner has opened up on the whole controversy on his Youtube channel.

Delhi Capitals (DC) lost to Eoin Morgan-led Kolkata Knight Riders (KKR) by 3 wickets during match 41of the second and final leg of IPL 2021, at the Sharjah Cricket Stadium, Sharjah on September 28 (Tuesday). While the KKR outfit chased down a modest 128 with 10 balls to spare, the match made heads turn due to R Ashwin's heated exchange with KKR skipper Morgan and Tim Southee.

During the last ball of DC's 19th over, Ashwin and Rishabh Pant completed a double when a throw from Rahul Tripathi ricocheted off Pant. Thus, this didn't please Morgan and Southee and the two had an altercation with Ashwin post his dismissal on the final over. As Ashwin and Pant completed an extra run after the ball hit Pant, after taking a single, it also led to 'Spirit of Cricket' talks in the cricketing fraternity where some slammed the DC spinner whereas many supported his act.

Earlier, Ashwin had also shared a series of tweets on the whole incident and has now again reacted to the same on his Youtube channel, ahead of Pant-led DC's game versus Mumbai Indians (MI). "I have to be true to myself. I have the right to decide how I want to play. Others cannot judge me. Spirit of Cricket was established at a time when Amateur and professional Cricket formats weren't decided," said Ashwin.

He added, "This is professional sports now - my point is you decide how you should play, and I will do mine. I don't want to define or defend any rules here. It is just my life. You don't have to live as per the likes of someone else. I have not spoiled or stolen or lied. I am just doing my job."

Ashwin-starrer DC have, meanwhile, qualified for the IPL 14 playoffs post KKR's defeat to Punjab Kings (PBKS) on Friday (October 1). The Delhi franchise will, however, hope to end in the top-two to get an extra chance to enter the season-finale, on October 15.