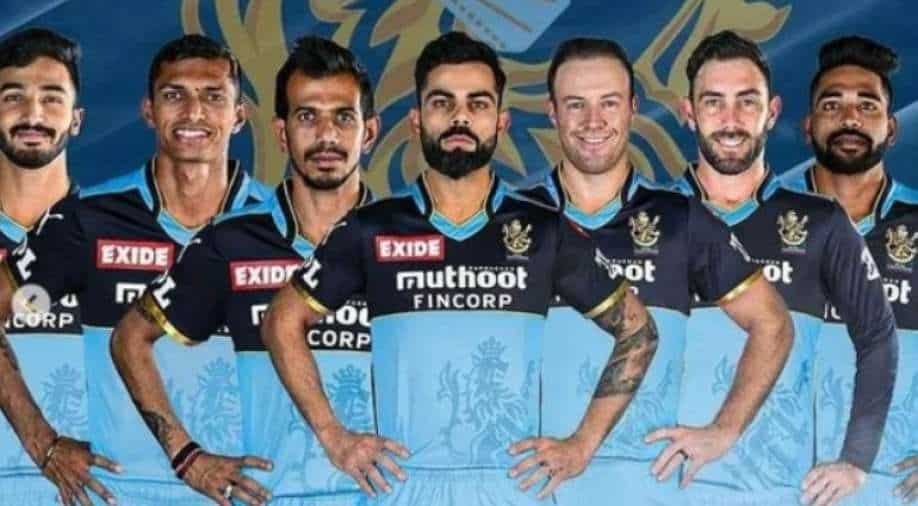 In the past, the IPL franchise has worn green jerseys in the past, as part of their flagship ‘Go Green’ for environment conservation.

Royal Challengers Bangalore will resume their IPL 2021 campaign in the match against Kolkata Knight Riders in Abu Dhabi on September 20. Virat and Co. will don a blue jersey to pay tribute to the frontline workers for their fight against the COVID-19 pandemic.

RCB took to Twitter to confirm the news on Tuesday. “RCB to wear Blue Jersey v KKR on 20th. We at RCB are honoured to sport the Blue kit, which resembles the colour of the PPE kits of the frontline warriors, to pay tribute to their invaluable service while leading the fight against the Covid pandemic,” RCB said in a statement.

In the past, the IPL franchise has worn green jerseys in the past, as part of their flagship ‘Go Green’ for environment conservation.

"Hopefully, we're able to maintain a good, strong, and secure environment, and have a quality IPL. It's going to be an exciting phase and a very important one for us at RCB and then for the Indian team at the T20 World Cup,” he said.

Kohli also spoke about the new additions to the team and said, "I've been in touch with everyone. We've had discussions over the last month or so, a little longer than that with the replacements, who's coming and who's not.

"Eventually, we ended up replacing our key players with some top-quality cricketers. Our key players will be missed, and they are a part of the family, but the people coming in as well have great skill sets, especially for these conditions. So, I'm very excited to see them, with the whole group at practice and certainly very excited to resume a very good season that started last time around."