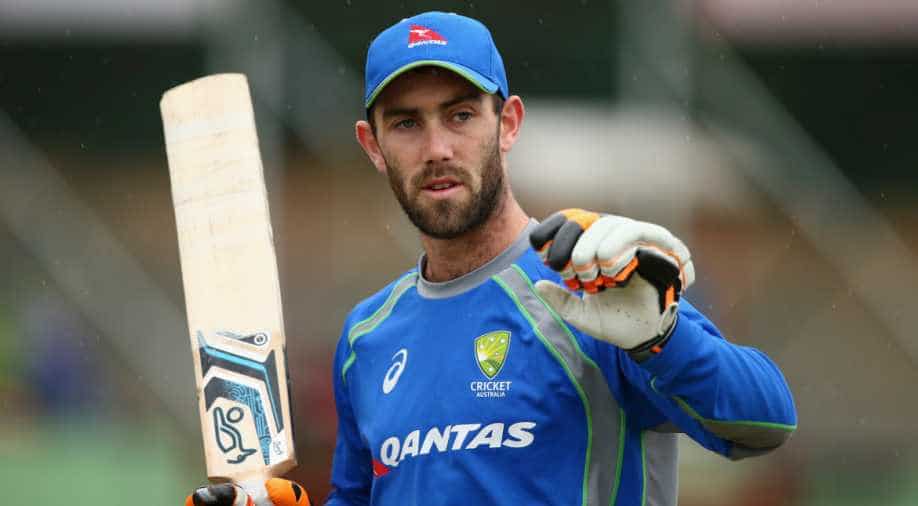 Glenn Maxwell, pictured earlier this year, was pivotal to Australia's win contributing an important 46* runs to the chase, lower down the order. Photograph:( Getty )

The Aussie was roped in for a whopping ₹14.25 crore by the Royal Challengers Bangalore, despite being released by Punjab Kings after a terrible 2020 season.

Royal Challengers Bangalore all-rounder Glenn Maxwell is excited to share the dressing room with Virat Kohli and AB de Villiers for the upcoming season of the Indian Premier League.

The Aussie was roped in for a whopping ₹14.25 crore by the Royal Challengers Bangalore, despite being released by Punjab Kings after a terrible 2020 season.

The hefty price tag despite poor show in the previous season grabbed a lot of attention. However, the Australian all-rounder said that he expected such an amount.

“Not really [surprised], I thought there might be a little bit of interest. I think a lot of teams want that middle-order player; I knew there were a couple of teams who were looking for a middle-order player who can bowl off-spin as well. I am just glad two teams went hard for me and in the end, RCB got hold of me,” Glenn Maxwell said.

“I suppose for me, I am so excited to get going again. New team, new tournament, we are back in India, I am excited to get stuck in. It was nice to see some friendly faces and just get some of that energy that you have been conserving during the seven-day quarantine. I want to have a positive influence on the group, if I see improvement in the whole squad, I want to make sure that everything I do has a positive influence on the group,” he added.

The Australian could redeem himself for the last season and could prove crucial for RCB, who begin their IPL 2021 campaign against defending champions Mumbai Indians in the season opener on Friday at the Chepauk Stadium.

Ben Stokes ruled out of IPL 2021 with a suspected broken hand: Report