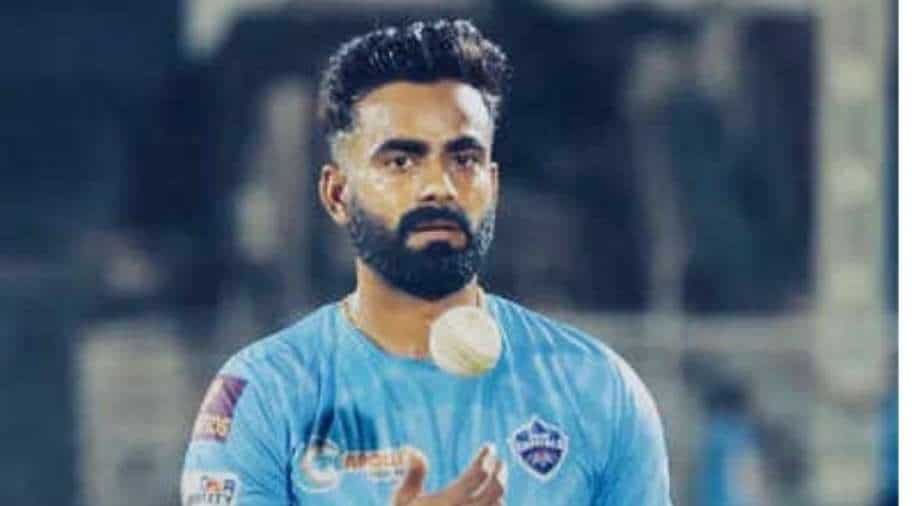 Delhi Capitals informed that the support staff is currently overlooking Siddharth's rehabilitation programme and he will be heading back to India in a few days.

Delhi Capitals have added bowler Kulwant Khejroliya at the place of spinner Manimaran Siddharth, who has been ruled out from the remainder of the IPL 2021 due to an injury.

The franchise on Wednesday (September 15) announced that left-arm seamer Kulwant has been added to the squad after left-arm orthodox spinner Manimaran was ruled out of the tournament due to quadriceps strain.

Khejroliya has played domestic cricket for the Delhi state side and has so far taken 17 wickets in 15 T20 matches at an average of 23.29. The 29-year-old had a below-par IPL debut season for Royal Challengers Bangalore in the IPL 2018 and 2019 seasons, taking 3 wickets in 5 IPL matches.

The official statement of the club read, "Delhi Capitals today announced that left-arm orthodox bowler Manimaran Siddharth has been ruled out of the VIVO IPL 2021 due to an injury. The 23-year-old incurred a quadriceps strain during training in Dubai."

Left-arm pacer @KKhejroliya, who was already a part of the DC bio-bubble as a net bowler, joins the roster for the remainder of #IPL2021 as @Siddharth_M03's replacement.

Delhi Capitals further informed that the support staff is currently overlooking Siddharth's rehabilitation programme and he will be heading back to India in a few days.

The 14the edition of India's cash-rich tournament was halted midway through the season in May due to multiple cases in the IPL bio-bubble and also the increasing COVID-19 cases when it was underway in India.