IPL 2021: 'It's important to forget but also learn from this game,' says MS Dhoni after losing to Rajasthan Royals 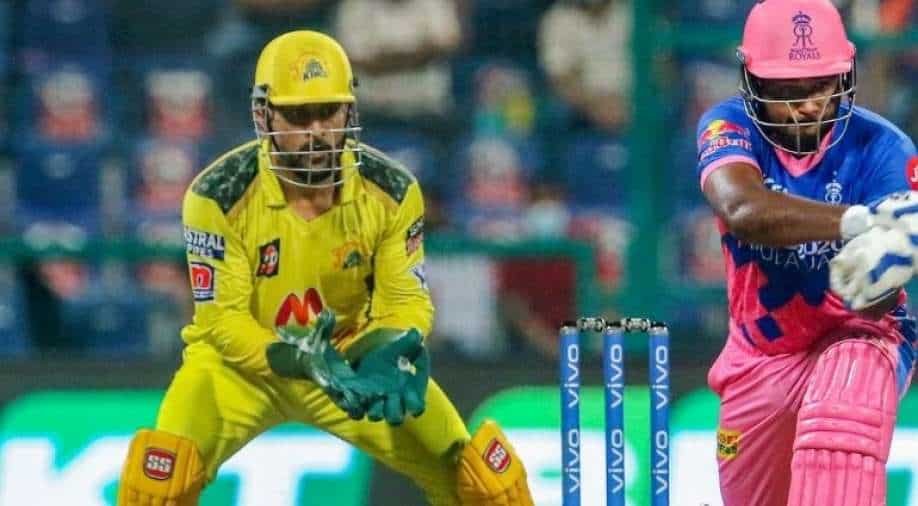 For CSK, opener Ruturaj Gaikwad hit his maiden IPL century but failed to inspire his team. His unbeaten 101 off 60 balls steered Chennai to 189-4 after being invited to bat first but clinical Royals chased down the target in just 17.3 overs with crucial knocks by Yashasvi Jaiswal (50) and Shivam Dube (64*).

Dhoni admitted that a similar type of thing could happen in the playoffs where a team might lose despite scoring a good total and he urged his side to "learn" from the game. "It's important to forget but also learn from this game, because there's no point learning if this happens in a playoff match," he said during the post-match presentation.

"It was a bad toss to lose to start off, but I feel the Royals batters batted really well. Around 250 may have been about right on that surface (laughs). There was dew and the ball started coming on well, still you needed to bat well and that`s what they did. An ideal start in a tall chase where they took the game on in the PP," said Dhoni.

"I think initially it was stopping a bit, which we saw with their wrist spinners. As the innings progressed, it started coming on well, Rutu`s was an outstanding knock. When you lose the game, it can get brushed under the carpet but he batted very well to get us up to 190," he added.

A look at the Points Table after Match 47 of the #VIVOIPL 👇 #RRvCSK pic.twitter.com/WNdMgWRgX1

Sensational run-chase to seal a win! 👌 👌@rajasthanroyals put up a solid show with the bat & beat #CSK by 7⃣ wickets. 👏👏 #VIVOIPL #RRvCSK

Dhoni missed the services of Dwayne Bravo and Deepak Chahar, as he said, "Dwayne and Deepak aren't here, of course, I missed them. Both of them are quite experienced."

CSK have already qualified for the playoffs and stay top of the table and with the win, Rajasthan have managed to keep their playoff hopes alive.