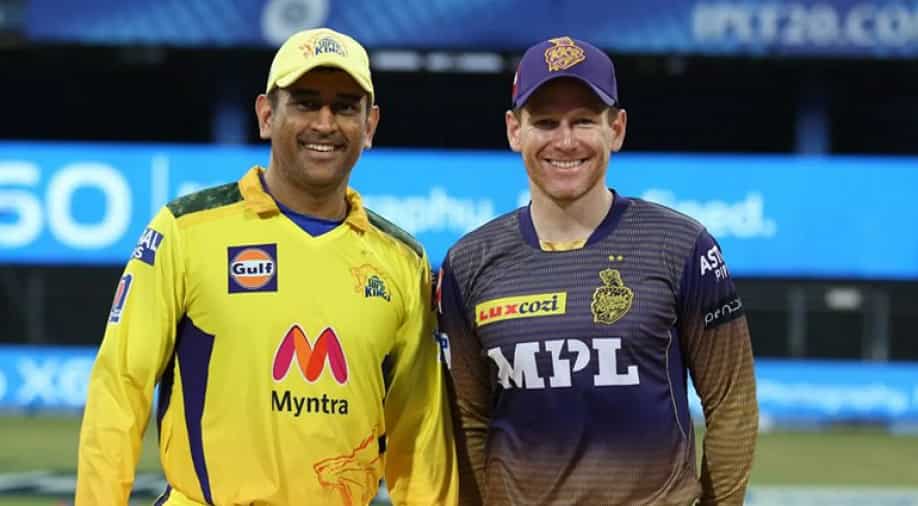 MS Dhoni's Chennai Super Kings will be gunning for their fourth IPL title when they take on Kolkata Knight Riders (KKR) in their ninth IPL final in Dubai on Friday, October 15. Here is all you need to know about the blockbuster final.

MS Dhoni's Chennai Super Kings (CSK) will be gunning for their fourth Indian Premier League (IPL) title when they lock horns with Eoin Morgan-led Kolkata Knight Riders (KKR) in the final of IPL 2021 on Friday (October 15). Two of the finest captains of the modern era, Dhoni and Morgan will be battling for supremacy at the Dubai International Stadium in Dubai.

KKR and CSK have had contrasting campaigns in IPL 2021 so far. While Dhoni & Co. finished second on the table during the league stages and qualified for the playoffs comfortably, KKR won five of their seven matches in the UAE leg to enter the playoffs despite a woeful start to the season.

CSK will be playing their ninth final while KKR will be up in their third final in the IPL. CSK have so far won three trophies while KKR have two titles under their belt and will be looking to equal CSK's tally with a victory in Dubai on Friday. The final promises to be a blockbuster affair.

Here is all you need to know about the IPL 2021 final between CSK and KKR:

Also Read: Beyond me how captaincy was given to Rishabh Pant, Sanju Samson, opines Sanjay Manjrekar

CSK opener Ruturaj Gaikwad has been enjoying a purple patch in IPL 2021 and stands just 23 runs away from toppling KL Rahul on top of the list of highest run-getters this season. Gaikwad has 603 runs from 15 matches this season and will be looking to clinch the Orange Cap in the final.

Chennai Super Kings (CSK) have been unbeaten this season against Kolkata Knight Riders. However, the last time when KKR and CSK met in a final, KKR had emerged on top in 2016. CSK will be hoping to exact their revenge this season.