IPL 2021: Beyond me how captaincy was given to Rishabh Pant, Sanju Samson, opines Sanjay Manjrekar 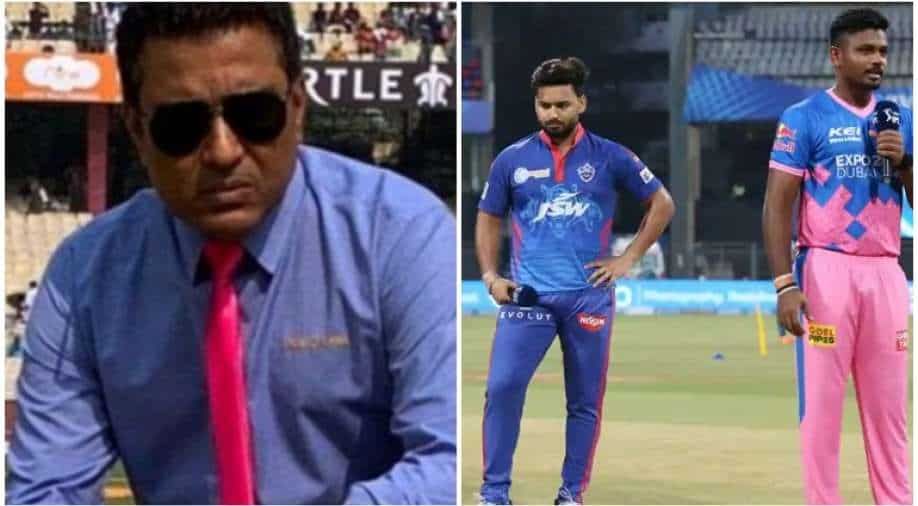 IPL 2021: Sanjay Manjrekar has made a bold claim on Rishabh Pant and Sanju Samson, stating that he was surprised that the two were given captaincy for their respective franchises.

IPL 2021 edition saw two new captains in the form of Rishabh Pant and Sanju Samson. While Samson took charge of the Rajasthan Royals (RR), taking over from Steve Smith, Pant replaced Shreyas Iyer after the Delhi Capitals (DC) skipper injured himself ahead of IPL 14's first leg, in India early this year.

While Iyer joined the DC franchise before the second and final leg, in the UAE, the team management continued with Pant as the skipper for the remainder of the season. Under Pant, DC topped the league stage and bowed out after losing the Qualifier 2 to Kolkata Knight Riders (KKR). On the other hand, Samson-led RR finished at the seventh position.

Though T20s is regarded as a format for the youngsters, Sanjay Manjrekar still prefers experience over youth when it comes to leading a side in T20s. Hence, the former Indian cricketer-turned-commentator made a big claim on Pant and Samson being given captaincy in IPL 2021.

"The two teams that have reached the finals have been led by two seasoned captains - Morgan and Mahendra Singh Dhoni. I have come to this belief at the moment based on whatever I have seen in the IPL... I just wonder when you are looking at T20 specialist bowlers and batters and all-rounders, I think it's time for us to also start looking for T20 specialist captains, you know, great T20 captains. It's beyond me how T20 captaincy is given to a young Rishabh Pant, [he's] still young cricket wise, young Shreyas Iyer or Sanju Samson," Manjrekar said in a chat with ESPNCricinfo.

"I just don't understand the basis of that call because T20 captaincy is tough, it has a great impact... so I believe you've got to have brilliant T20 captains captaining sides and then even an ordinary side, I mean, look at CSK they have major weaknesses there but Dhoni has been able to get the best out of his playing XI. And those are the kind of captains IPL teams deserve, captains who are brilliant and just by their leadership and tactics will make a difference," he further asserted

It will be interesting to see if Pant and Samson manage to hold onto their respective captaincy roles, in DC and RR franchise respectively, in IPL 2022.  As of now, two veteran captains -- who have had a below-par season with the bat -- in MS Dhoni and Eoin Morgan are set to lock horns in the IPL 14 season-finale, where Chennai Super Kings (CSK) will take on Kolkata Knight Riders (KKR) on Friday (October 15) at Dubai International Cricket Stadium, Dubai.