IPL 2021: 'Everyone should be able to adjust to different conditions', says Shimron Hetmyer 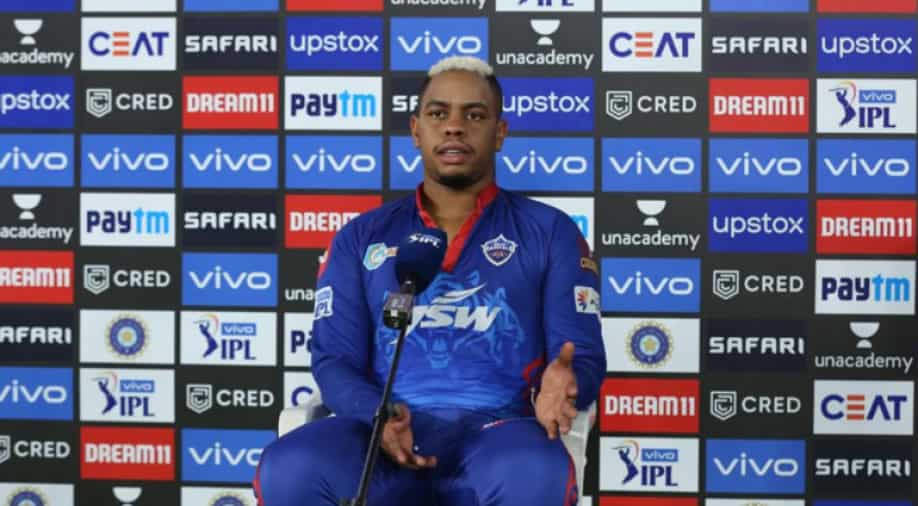 Delhi Capitals batsman Shimron Hetmyer feels that playing the IPL at various scenes ought not to be a major test for players, as they are professional and a large portion of them are global campaigners.

The 2021 release of the IPL is being played at a modest bunch of nonpartisan settings the nation over because of the COVID-19 circumstance, expecting groups to remain in a bio-bubble and playing without fans.

In a post-match press conference Delhi Capital's seven-wicket win against Punjab Kings on Sunday in Ahmedabad, Shimron Hetmyer said that players ought to have the option to adjust to different conditions. He said:

“I don’t think it is that challenging because almost everyone who is playing IPL has played international cricket. So they should be able to adjust. It is just about going out there and assessing the situation, assessing the pitch and conditions and playing accordingly.”

I bat higher in the West Windies team, so there is a little bit more responsibility: Shimron Hetmyer

The 24-year-old asked about playing in the IPL has helped him in worldwide cricket.

Shimron Hetmyer answered that while he bats higher up the order for West Indies, his IPL experience has permitted him to shift gears according to the match circumstance and become a reliable performer. Shimron Hetmyer explained in such manner:

“I think what I have learnt here is trying to get more insight into my game. Trying to get more consistent and to keep that positivity. In the West Indies team, I bat a little bit higher. So there is a little bit more responsibility. I have to probably play less shots, but it still helps to have that positivity in you at the back of your mind. At any point, you can just flip a switch and be the aggressor or the responsible person.”