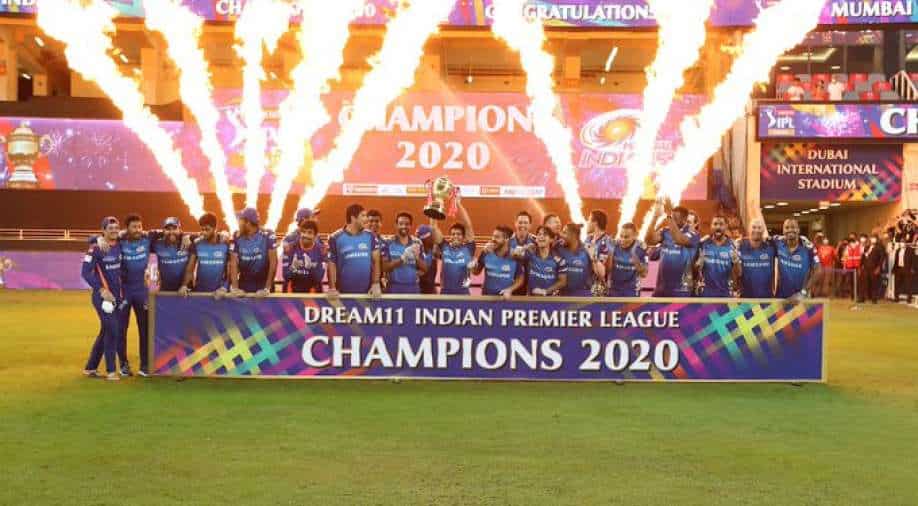 Patel went on to thank Dream11 (title sponsor), who came in the very last moment as BCCI decided to part ways with Chinese company VIVO.

Indian Premier League's success was in doubt before the tournament began. Many felt that coronavirus pandemic and no crowd will leave a major dent on the league's viewership. But the story has been otherwise as the just-concluded IPL witnessed a record-breaking 28 per cent increase in viewership compared to the last edition.

The 13th edition of the T20 tournament was delayed due to the pandemic and was shifted to UAE, where the league took place between September and November. The tournament was played behind closed doors as a safety measure due to the outbreak of the virus.

The organisers found it challenging to conduct the tournament keeping health and safety of players in the top. Players were placed in bio-bubbles for weeks.

Also read: IPL 2021: 'I feel that MS Dhoni may not be the captain next year'- Sanjay Bangar

Patel went on to thank Dream11 (title sponsor), who came in the very last moment as BCCI decided to part ways with Chinese company VIVO.

"With Dream11 coming on board as the title sponsor for IPL 2020, we are happy to see a digital sports brand like Dream11 increasing fan engagement through fantasy sport."

"It’s equally heartening to see how Dream11 has integrated its users in all Dream11 IPL match activations. The match countdown, Dream11 Champion Fans wall and the virtual guest box have all been brought about to bring the fans to the forefront," he added.

Mumbai Indians were the champions of IPL 2020, after beating Delhi Capitals in the finals last Tuesday. Mumbai extended their record by winning the Indian Premier League title for the fifth time. They also became the second team in IPL history to successfully defend their trophy.