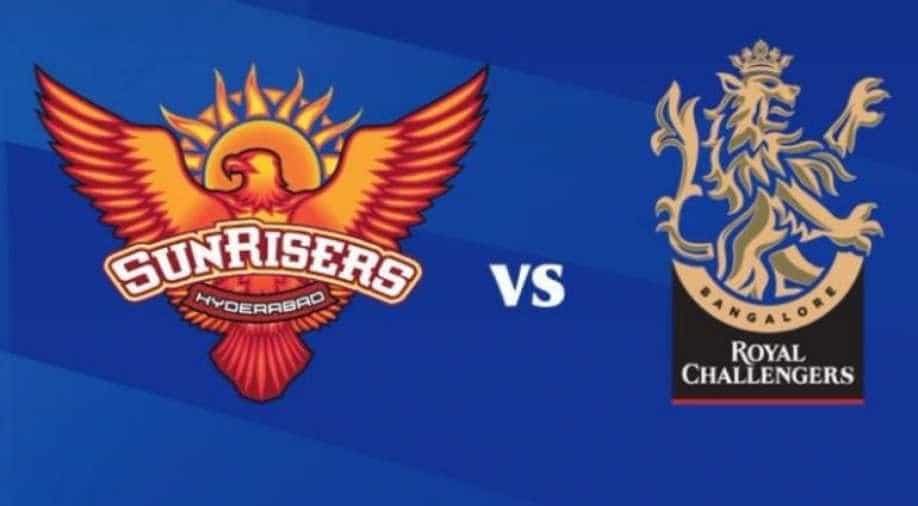 Afghanistan's spinner Rashid Khan could be David Warner's trump card in the match. His prolific T20 records will ensure his place in tonight's playing XI.

IN PICS: IPL 2020: Action in pictures as 'grand festival' of cricket starts in UAE

Talking about the head-to-head stats, SRH and RCB have faced each other 15 times in the IPL so far and the Hyderabad-based team currently leads the head-to-head 8-6. One match was abandoned due to rain.

Both the teams will heavily rely on their bowlers this season as it is not easy scoring in Dubai International Stadium and a score of around 160-170 is expected from the match. The team batting second have found it very difficult to chase the scores on this ground in recent years.

However, RCB bowlers will be facing the best batting duo of last season David Warner and Jonny Bairstow. Yuzvendra Chahal could be the crucial player for the Royal Challengers Bangalore as he is the team's leading wicket-taker. Chahal could be Kohli's trump card looking at the pitches in UAE.

Afghanistan's spinner Rashid Khan could be David Warner's trump card in the match. His prolific T20 records will ensure his place in tonight's playing XI.

SRH could include 18-year-old Abdul Samad in the clash after his successful run in Ranji Trophy 2019. The teen has slammed 36 sixes and scored 592 runs at the strike-rate of close to 113.

Virat Kohli will be leading RCB's batting department. Aaron Finch, if picked in the XI, Aaron Finch will be playing for his 8th franchise in the IPL in his 10th season. SRH's bowling unit have great records against RCB. Sandeep Sharma scalped 21 wickets in 12 matches against RCB. The young paceman has dismissed Kohli six times and de Villiers twice.

Bhuvneshwar Kumar, a spearhead of SRH's bowling unit, has taken 133 wickets in IPL could play a vital role for the team.