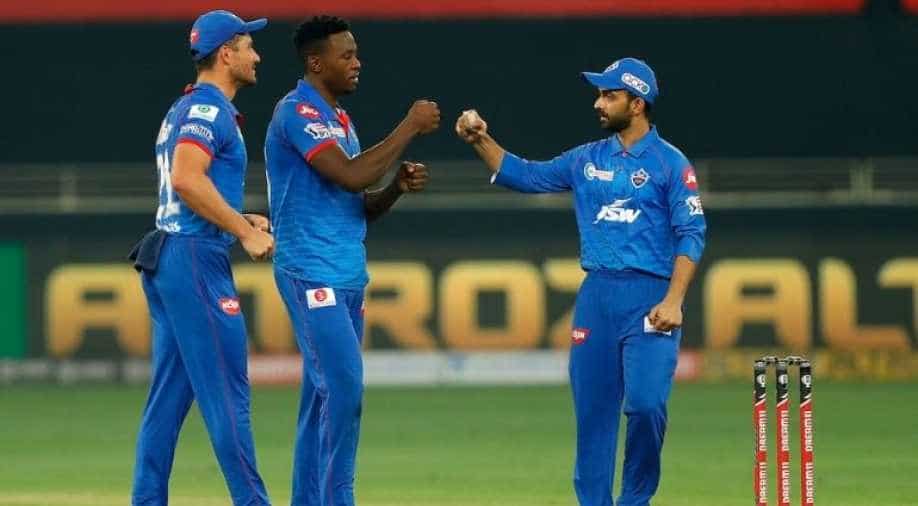 Marcus Stoinis was adjudged the man of the match for his stunning performance with both bat and bowl.

Delhi Capitals on Sunday defeated the Kings XI Punjab in a super over the finale. Marcus Stoinis played a vital role with bat and bowl to assure that Delhi Capitals begin their campaign with a victory.

Young captains KL Rahul and Shreyas Iyer came out for the toss, and KXIP won it and chose to bowl first.

Kings XI were off to a great start. They removed DC openers (Dhawan and Shaw) in the second over itself. However, Skipper Shreyas Iyer and Rishabh Pant tried having a partnership to stabilise innings for Delhi Capitals. The only batsman to perform well for Delhi Capitals was Marcus Stoinis. He smashed 53 runs off 21 balls. And his performance in the final over helo DC pose a decent target. By the end of the innings, Delhi Capitals were 157/8.

In the second innings, KXIP returned the favour to Delhi Capitals by giving away vital wickets. However, Mayank Agarwal stayed on the pitch and almost took the match home. He posed his highest individual score in IPL and scored 89 runs. The match had to be taken into the super over after Agarwal and Jordan both were removed by Marcus Stoinis, who again saved the Delhi Capitals but this time with the ball.

KXIP skipper KL Rahul and Nicholas Pooran came out to bat for the super over and Kagiso Rabada was ready to bowl. KXIP just managed to play the first three balls and scored just two runs off it. It is the lowest a team made in the Super Over in IPL. Previous lowest being six each by Mitchell Johnson (vs RR in 2015) and Jasprit Bumrah (vs GL in 2017).

Marcus Stoinis was adjudged the man of the match for his stunning performance with both bat and bowl.