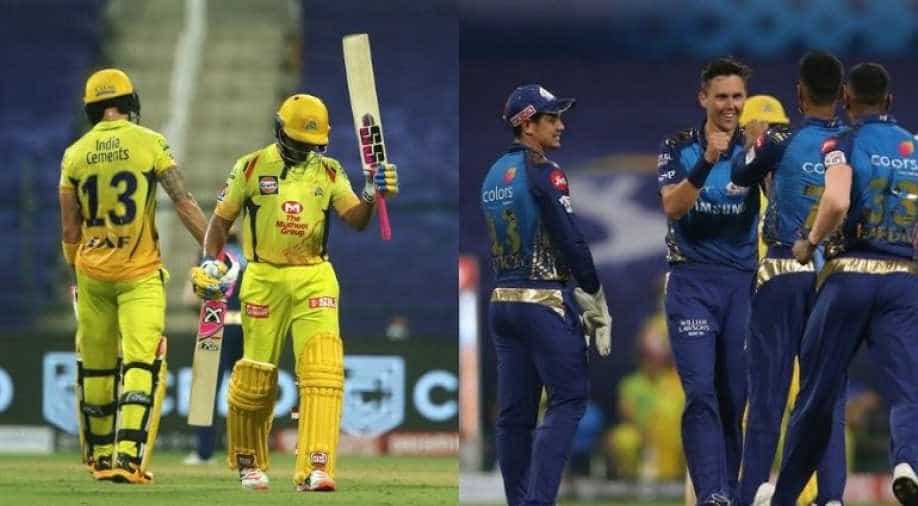 Chennai Super Kings beat Mumbai Indians by five wickets with three balls to spare in the season-opener of Indian Premier League. The win comes after facing five consecutive defeats by the hands of Mumbai Indians.

The first ball of this year's Indian Premier League was smashed for four runs by Rohit Sharma, and the opening pair began their innings with a flier. However, after a few overs, Rohit Sharma succumbed to Piyush Chawla's delivery exposing his weakness of facing off-spin bowlers. Quinton de Kock on the other hand looked in good touch, but he too was removed by Sam Curran. Suryakumar Yadav was looking to continue his prolific run in the IPL but failed as he got out on 14 runs off Deepak Chahar's delivery.

Saurabh Tiwary was a surprise pick for the Mumbai Indians and gave the strongest performance for the team during the first innings. Tiwary scored 42 runs off 31 balls which included three boundaries and one six.

Hardik Pandya was off to a promising start after he smashed Ravindra Jadeja for two consecutive sixes. But, he got out after a stunning catch by du Plessis.

Pollard, Krunal and Pattinson got out on 18, 3, 11 respectively. Mumbai's innings ended with 162 runs at the loss of 9 wickets.

Chennai had a terrible start as their openers (Shane Watson and Murali Vijay) got out cheaply. However, Ambati Rayudu and Faf du Plessis controlled the innings and stabilized the chase for the Chennai Super Kings. A 100-run partnership between the two was a fatal blow for the Mumbai Indians. Rayudu scored 71 runs, whereas, Faf scored 58. After Rayudu's dismissal, Jadeja arrived on the crease but was dismissed cheaply. Sam Curran's (18 runs off 6 balls) cameo sealed the deal for CSK.

Faf scored 58 runs off 44 balls. Ambati Rayudu was declared the man of the match.