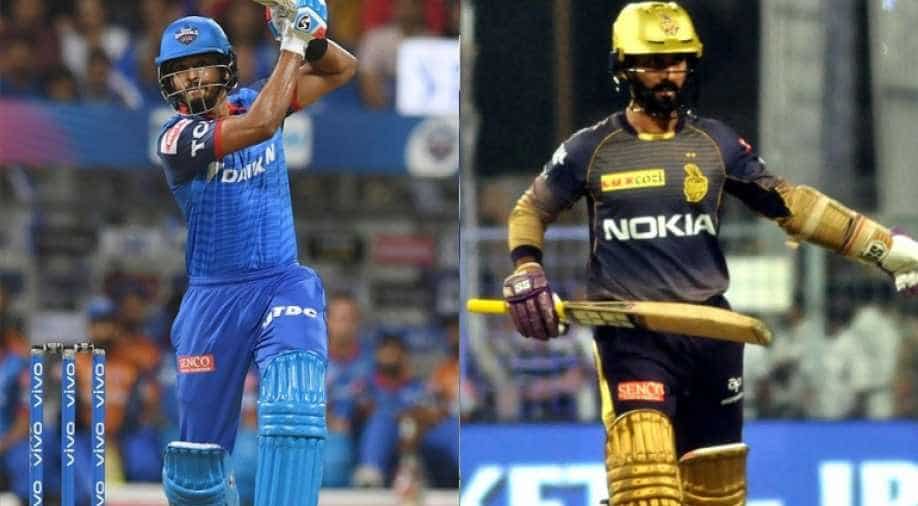 Delhi Capitals are currently on the top of the IPL table, whereas, Kolkata Knight Riders sit on the fifth position.

Kolkata Knight Riders witnessed a pleasing seven wickets win over the Sunrisers Hyderabad. Karthik and Co. are one of the favourites to lift this year's IPL trophy.

However, during a funny YouTube interaction with DC spinner Ashwin, Karthik was put in a difficult spot after the spin wizard gave him a hypothetical situation and asked him to pick three players from Delhi Capitals he would like to swap with three players from his current team KKR.

“I’ll give you a hypothetical scenario. In the movie Pandavar Bhoomi, there’s one family. So you have to the opportunity to adopt three and give me three to adopt,” Ashwin told Karthik on his show called Hello Dubaiahh.

KKR skipper picked Kagiso Rabada, Shreyas Iyer and Ashwin as three players he would want from Delhi Capitals in exchange for Lockie Ferguson, Nitish Rana and Sunil Narine from KKR.

“From your team Rabada. I’ll give Lockie Ferguson and take Kagiso Rabada. Another player... Who’s our No.3? Nitish Rana. So I’ll give Nitish Rana to Delhi take Shreyas Iyer. Sunil Narine for R Ashwin,” Karthik responded.

Delhi Capitals are currently on the top of the IPL table, whereas, Kolkata Knight Riders sit on the fifth position.