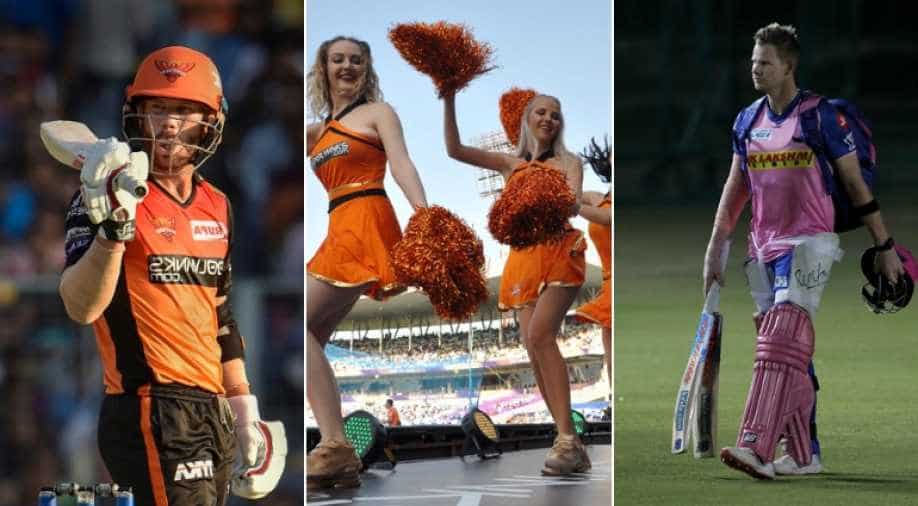 Jos Buttler looked in great touch in their opener but he would look for more support from the likes of Ajinkya Rahane, Sanju Samson, Steve Smith and Ben Stokes in the batting department.

So far the tournament is in its full swing and has seen quite enough, from some mesmerising performances to few controversies as well.

'Mankaded' in their opening match, Rajasthan would look to resurrect their fortunes against Hyderabad, who would also be aiming to put behind a disappointing first-day show.

Players are also focusing on giving their 100 per cent and impress their national team selectors to get a confirmed ticket to the England-bound plane for the cricket World Cup.

For Rajasthan, Jos Buttler looked in great touch in their opener but he would look for more support from the likes of Ajinkya Rahane, Sanju Samson, Steve Smith and Ben Stokes in the batting department.

In particular, Smith, who returned to the IPL after missing the last edition following the ball-tampering scandal, would be eyeing more time at the crease ahead of the upcoming ODI World Cup.

Dhawal Kulkarni and spinner Krishnappa Gowtham were brilliant upfront with the ball against Punjab, but Stokes and Jaydev Unadkat leaked runs.

Pacer Jofra Archer, who gave away just 17 runs in his four overs, looked threatening but wickets eluded him.

Just like Rajasthan, Hyderabad too didn't have a dream start to their campaign, losing by six wickets to Kolkata.

Warner, who is in imperious form after returning to competitive cricket following the one-year ban for ball-tampering, played true to his reputation, smashing 85 off 53 balls against Kolkata the other day.

And Hyderabad know their chances heavily depend on Warner's success even though they also have the likes of skipper Kane Williamson, Jonny Bairstow, Vijay Shankar, Manish Pandey, Yusuf Pathan and Shakib Al Hasan in their ranks.

Williamson wasn't available in the first game due to injury but head coach Tom Moody indicated that he in all likelihood "will be fit for Friday's game and lead the side".

Hyderabad bowling unit, led by Bhuvneshwar Kumar, had a good outing for the most part of the match on Sunday before the Andre Russell storm blew them away in the last three overs.

Needing 53 off the last three overs, Russell hammered Bhuvneshwar and Siddharth Kaul before Shakib was taken to the cleaners by young Shubman Gill in the final over as Sunrisers lost the plot.

And come Friday, Bhuvneshwar and the rest of the attack, which also includes Rashid Khan, will be eyeing a much-improved death bowling show.